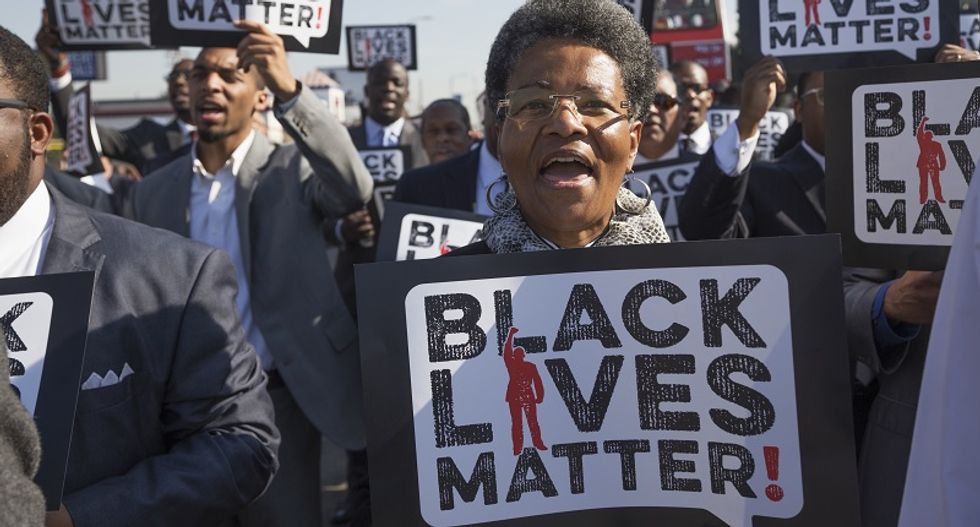 A police union president in Pennsylvania is facing criticism this week after he described a group of Black Lives Matter protesters as a "pack of rabid animals."

NewsWorks.org reports that John McNesby, president of the Fraternal Order of Police Lodge #5, railed against BLM this week during a pro-police demonstration intended to show support for Officer Ryan Pownall, whose house was picketed by BLM demonstrators.

"When you go to work each day, you shouldn't have to worry that a pack of rabid animals will suddenly show up at your home and openly threaten your family," McNesby told the crowd. "These are not activists, they are racist hate groups determined to instigate violence."

NBC Philadelphia reports that BLM protesters gathered outside Pownall's house this week to demand that he be charged in the fatal shooting of Philadelphia resident David Jones back in June.

The shooting occurred as a result of a confrontation that occurred after Pownall stopped Jones for allegedly riding an illegal dirt bike. The two men got into a struggle after Pownall discovered Jones had a gun on him and demanded that he not touch it.

Video footage of the incident seems to show that Jones was running away from Pownall when the officer opened fire on him, shooting the 30-year-old man in the back and buttocks. He died shortly after at a nearby hospital.

Watch video of the protest below: