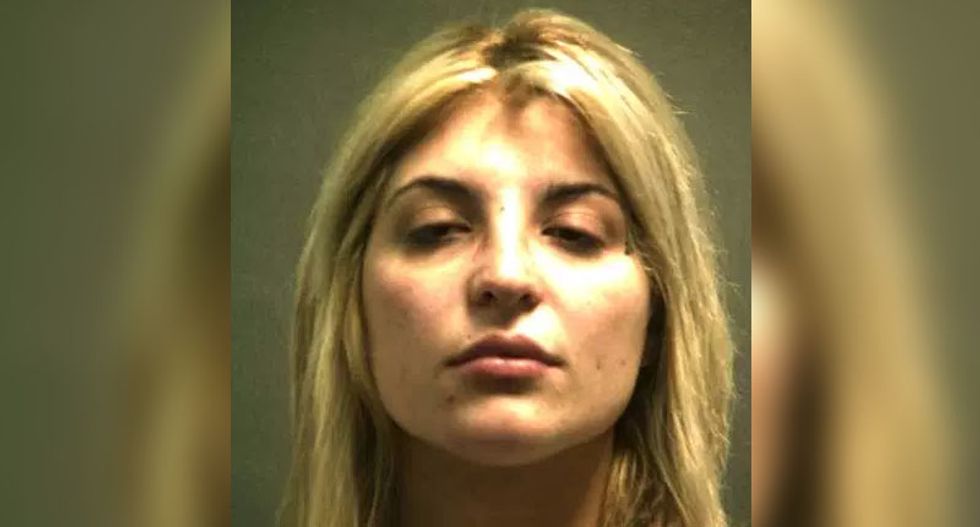 26-year-old Katie Layne Quackenbush, who is accused of shooting a homeless man

Katie Quackenbush, the woman who allegedly shot a homeless man and left him to die after he asked her to move her Porsche, has a prior arrest record for alleged assault.

The Tennessean reports that Quackenbush, an aspiring singer who moved to Nashville after previously living in Amarillo, Texas, has twice been charged with assault on two separate women. The first assault charge has since been dropped, but the second one is still pending in Texas.

Quackenbush this week was arrested after she allegedly shot 54-year-old homeless man Gerald Melton after he asked Quackenbush to move her Porsche SUV because its exhaust fumes and loud music were impairing his ability to sleep. Police say the two then got into a loud argument with each other, and then Quackenbush allegedly exited the vehicle holding a gun that she then used to shoot Melton twice, leaving him with a wounded abdomen.

Quackenbush then got back into her car and fled the scene, police allege.

Quackenbush’s father, Texas attorney Jesse Quackenbush, defended his daughter after her arrest by claiming that the homeless man was threatening to kill her shortly before she decided to get out of the car and fire her weapon at him.

Quackenbush has been charged with attempted murder, and is scheduled to appear in court on October 6.

Watch video, courtesy of WSMV, below: