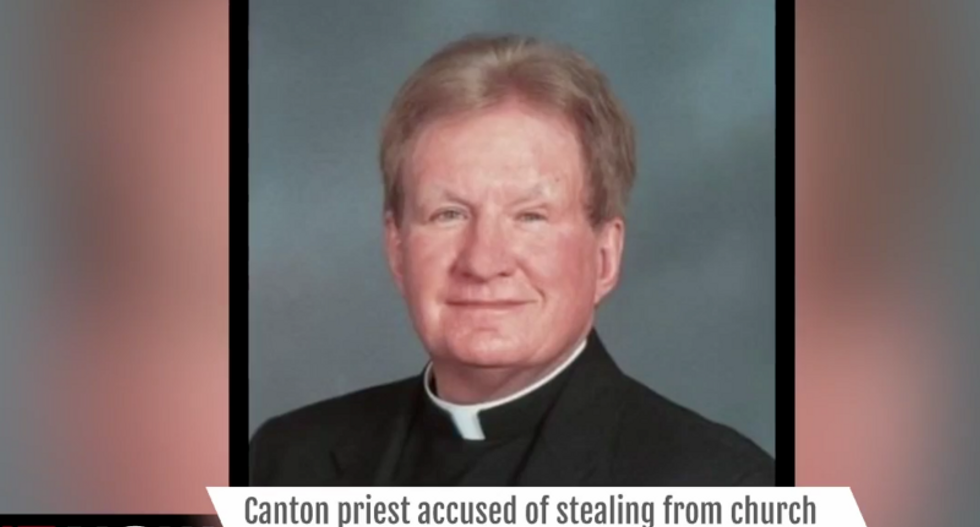 Father Eugene Katcher, the former pastor of Resurrection Parish, was arraigned on felony counts of larceny.

A longtime Michigan priest was arraigned on felony charges for stealing from the collection plate and embezzling church wine.

"The Rev. Eugene Katcher, former pastor of Resurrection Parish in Canton, has been charged with three counts of larceny after authorities say he stole money from the collection plate and from the donations parishioners gave to light votive prayer candles," the Detroit Free Press reports. "In addition to money, Katcher allegedly stole several items from the church, including a television and wine."

Rev. Katcher could receive four years in prison if convicted of the charges.

"Following his arrest, he was restricted from public ministry, meaning he may not celebrate Mass or the sacraments in a church setting, may not wear a Roman collar or present himself as a priest, and he is not allowed on parish property at Resurrection," the Archdiocese said in a statement.

"He pleaded not guilty Thursday to all three counts, court records show," The Detroit News reports. "Katcher posted a personal bond and next faces a probable cause conference on Sept. 8, according to 35th District Court records."

Rev. Katcher was ordained in 1993 and joined the Archdiocese of Detroit in 2000. He served as pastor of Resurrection Parish from 2014 until July, when he was put on senior status.

WXYZ reporter Syma Chowdhry went to the parish to get reaction from church members.

"Surprise is probably the best way to describe it," Chowdhry reported, across the street from the church. "Father Eugene Katcher was arraigned this morning, but many people didn't learn about the charges against him until this afternoon."