Progressive politics is losing to a fantasy state of mind 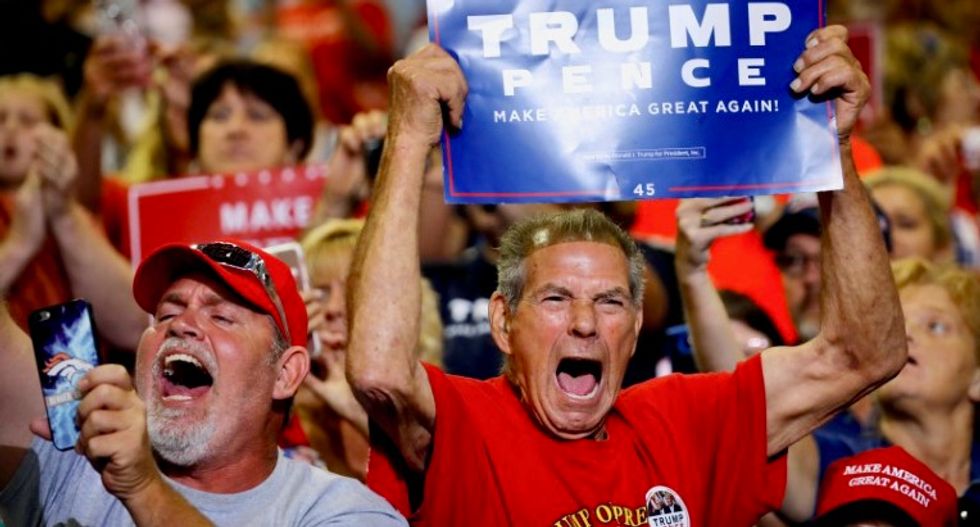 This article is part of the Democracy Futures series, a joint global initiative between The Conversation and the Sydney Democracy Network. The project aims to stimulate fresh thinking about the many challenges facing democracies in the 21st century.

This is the fifth in a series, After Populism, about the challenges populism poses for democracy. It comes from a talk at the “Populism: what’s next for democracy?” symposium hosted by the Institute for Governance & Policy Analysis at the University of Canberra in collaboration with Sydney Democracy Network.

Why are we increasingly seeing voters support policies that, superficially at least, are against their own interests? In California, Central Valley farmers face a crisis. Despite their livelihoods depending on large numbers of unauthorised workers, the group overwhelmingly supported Donald Trump, who campaigned on deporting “illegals”.

Something similar occurred with many “Leave” voters in the UK Brexit referendum, who seemingly voted against their own economic interests.

Another example: voters in Sunderland voted to “leave” by a margin of 61% to 39%. Yet this working-class city is highly dependent for employment on Nissan, which was located there largely due to the UK’s access to the European Union market.

Sociologist Arlie Russell Hochschild has explored another example. She spent five years with Tea Party voters in Louisiana. Most of her subjects or their family members had “personally benefited from a major government service”. Yet they voted for Trump’s Republican Party, which had the explicit aim of cutting social welfare support.

One striking aspect of Hochschild’s account is the affection and respect she has developed, despite her own liberal leanings, for her right-wing subjects:

Many of the Tea Party people I met seemed to me warm, intelligent, generous … They have community, and church, and goodwill toward those they know. Many care deeply about the environment.

They were, however, deeply resentful of taunts of “crazy redneck” and “ignorant southern Bible-thumper”. As Hochschild explained, they felt like “strangers in their own land”, patiently waiting for their lot to improve, while outsiders were pushed ahead by the federal government.

Much of Hochschild’s research took place in Louisiana’s southwest, home to Cajun, Catholic conservatives deeply attached to a culture of church and bayou.

Hochschild stresses the devastating effects of the oil industry (and more recently the chemical industry) on their community through environmental degradation. Still, the jobs in these industries had given people incomes, pride and meaning in a past “golden age”.

Many of those jobs are long gone. The industries’ legacy, in addition to a degraded environment, includes work-related illness, disability and unemployment.

oil industry left many in Louisiana sick and unemployed.

We meet Lee Sherman, who exemplifies the “Great Paradox – the need for help and a principled refusal of it”. Sherman worked for a chemical company and become chronically ill through toxic exposure. Later, he became an avowed environmentalist. And yet he still supported the anti-environmental Tea Party.

His source of news was limited to Fox News and videos and blogs exchanged by right-wing friends, which placed him in an echo chamber of doubt about the EPA, the federal government, the president, and taxes.

Tea Party supporters blame the federal government for challenging their religious faith, imposing wasteful “progressive” taxes and diminishing their pride and honour. For them, the church provides community, culture, meaning and succour. They see government as an ungodly roadblock to infusing religion into every aspect of their community, especially in public education.

The Louisianan group’s experience of losing honour cuts profoundly into the foundational cultural logic of the US, the “American dream”. It tells its adherents that, through unfailing effort, they can, and should, progress in the queue towards material success and the relief and happiness this brings. Indeed, it is an individual’s right and duty to progress along this path.

Sherman and his community’s hatred of taxes, then, masks a strong underlying belief about “others” interfering in their passage along the path. Hochschild writes:

Lee’s biggest beef was taxes. They went to the wrong people — especially welfare beneficiaries who ‘lazed around days and partied at night’ and government workers in cushy jobs.

Some 150 years of perceived discrimination, from defeat in the Civil War through to the “northern” promotion of equal rights for African-Americans and women in the 1960s, and more recently LGBTI activism and support for Syrian refugees, have fuelled the group’s growing hatred for the political elites purportedly driving these changes.

Hochschild’s deep story of these very normal, often generous and intelligent people is that, as they try to pursue the American dream, they resent the government humiliating them by pushing “others” ahead in the line.

How is it that their political party, whose aggressive neoliberal policies are arguably most responsible for destroying their home environment, along with their chronic unemployment, illness and lack of health care, is somehow spared this resentment?

To answer this question, Jason Glynos introduces the idea of “self-transgression”.

The ‘problem of self-transgression’ … aims to capture an intuition about those kinds of situations where an individual or group appear both to affirm an interest or ideal … and simultaneously subvert it.

Retaining good health, a living income and an unpolluted environment are in the affirmed interests of Hochschild’s research subjects. In that sense, their open and enthusiastic support for policies that directly work against those interests is self-transgressive.

Central to the argument is the Lacanian concept of jouissance; in English partly explained by the word “enjoyment”, but also incorporating the idea of an emotional “pay-off”.

Glynos offers two explanations. The first, his “Orthogonality Thesis”, suggests that the jouissance in hating the government seems quite independent of any real justification. It is as if the outrage occurs at the intersection of two mutually exclusive orthoganal planes, one a “psychic reality” and the other more associated with evidence and logic.

This thesis offers some explanation for the success of Trump’s rhetorical style, his lack of concern with evidence for his claims and, the advent of a plane of thinking and feeling that can happily support a world of “alternative facts”.

Trump’s “locker room” sexual references, his stream-of-consciousness attacks on anyone who stands in his way, and his willingness to say anything to anyone all play court to the collective transgressive impulse of his supporters.

According to Glynos, the “fantasmatic logics” operating in the psychic plane allow the subject to be so invested in the hatred of government, or the evil of Hillary Clinton, or the “un-Australianness” of the burqa, that any possibility of alternative social, political and economic identifications and ideals is effectively blocked from their view.

Truth has no bearing on the fantasmatic logics operating in the psychic plane.

Glynos’s second explanation, which he calls the “Overdetermination Thesis”, departs from the simple idea that thinking occurs in either one or other of the orthogonal planes. Political discourse is necessarily made up of both types of thinking. Any number of “fantasmatics” can attach to a set of events.

This might help explain why Pauline Hanson, in her first sojourn in politics could “other” and demonise Asians, only to reappear 20 years later having seamlessly refocused on Muslims.

Where to now for progressive politics?

Fantasmatic logics are by no means the exclusive tool of the right. Glynos suggests the “free market” can easily replace “big government” as a fantasmatic signifier in left-wing rhetoric.

And therein lies the big question for social progressives. Politics without affective fantasmatic elements is sterile, inhuman and possibly totalitarian.

Politics moving more toward the fantasmatic plane, on the other hand, is “wacky”, ineffective and sometimes dangerous (though often entertaining). The pervasive use of the fantasy tools of brand marketing in politics has moved us perilously towards the latter.

It is well to remember that, despite the dominance of fantasmatics in US, Australian and European politics, there is also a rising tide of rejection of shallow political rhetoric, especially among the young.

The existential global issues challenging humanity call for innovative responses that are both passionate and reasoned. Progressive politics and its spokespeople will not jump-start the stalled vehicle of complex problem-solving by staying on a marketing message, or trading fantasmatic slogans. It is a long way back, but more respect, honesty and participation will help clear the path.

MIck Chisnall, PhD Candidate at the Institute for Governance and Policy Analysis, University of Canberra