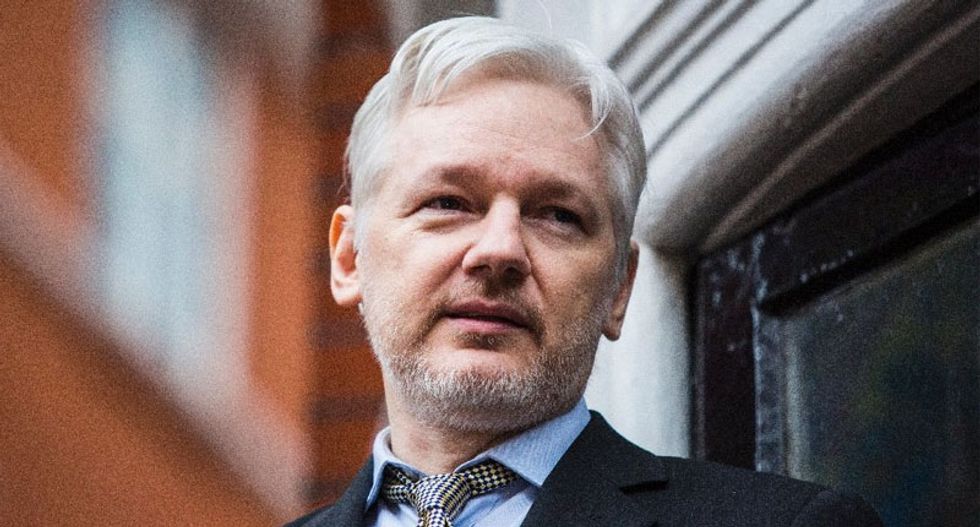 A California Republican lawmaker is urging President Donald Trump to issue a pardon for Julian Assange with the promise that the Wikileaks founder would provide the embattled president with proof that Russia didn't meddle in the 2016 election.

According to The Hill, Rep. Dana Rohrabacher (R-CA), who recently met up with Assange in London where he is holed up in the Ecuadorian embassy, is leading a push for Trump to pardon the Wikileaks founder -- much to the dismay of intelligence officials.

No charges have been filed against Assange over the theft of thousands of U.S. intelligence documents, however it is believed that the Justice Department is considering them.

Rohrabacher is currently in the process of seeking an audience with Trump in order to make his case, where he is expected to push for the preemptive pardon from a president who recently pardoned Sheriff Joe Arpaio after a federal judge ordered him to jail for criminal contempt of court.

Intelligence officials worry Trump might jump at the deal in the belief that it will exonerate him despite the dubious -- and self-serving -- nature of Assange's evidence.

“He’d show that he’d do anything to skate out of the not just allegation, but clear fact of Russia’s involvement [in the election]. That would be appalling,” said Glenn Carle, a 23-year veteran of the CIA.

According to Politico, Rohrabacher was dubbed "Putin's favorite Congressman" for his pro-Russia views, including his opposition to the  Magnitsky anti-corruption law.