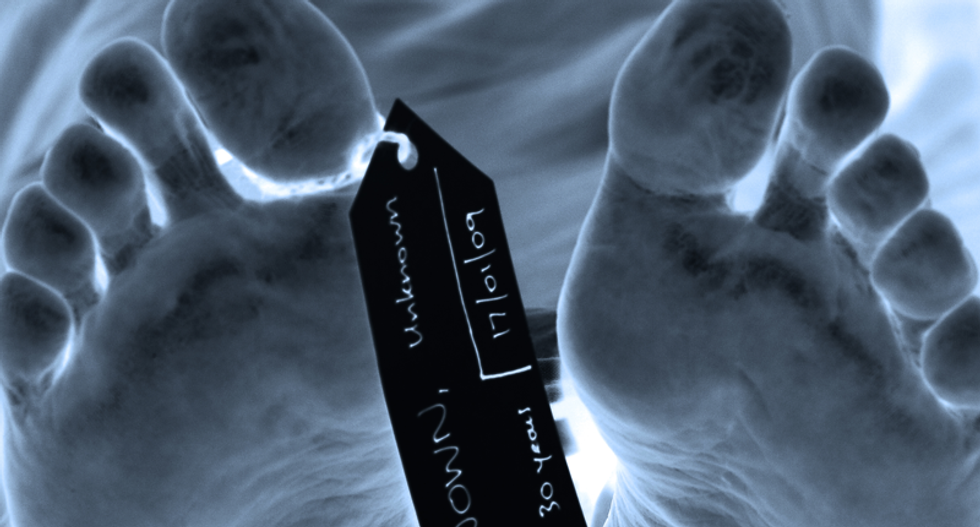 Nathan Hess worked at the only funeral home in the mortuary-lacking Valley County, ID. Hess was also the elected county coroner, which created a conflict of interest when Hess has fired from Heikkila Funeral Home.

"Valley County Coroner Nathan Hess, Heikkila’s previous funeral director, had apparently stopped taking the bodies to the county morgue after he was fired from the funeral home on Nov. 11," the Idaho Statesman reported.

“He was keeping the bodies at his home in the coroner’s truck and transporting them to Boise,” said Scott Carver, who took over as Heikkila Funeral Home director on the first of December.

Hess allegedly received a $400 "removal fee" by bringing bodies to Boise instead of the county's lone funeral home, which which Hess was feuding.

“I had to continue doing business with someone who threw me and my family to the side without hesitation and sold the business to a stranger out from under me, so you could imagine the animosity I harbored and my unwillingness to continue business with that caliber of person,” Hess wrote to the Idaho Statesman.

In Idaho, one need not possess any medical training to serve as coroner and counties with a single funeral home can employ the owner or director as coroner.

Coroners also serve as acting county sheriff in instances where the elected sheriff has a conflict of interest.