Republican NM governor accused of walking out on $17 restaurant tab 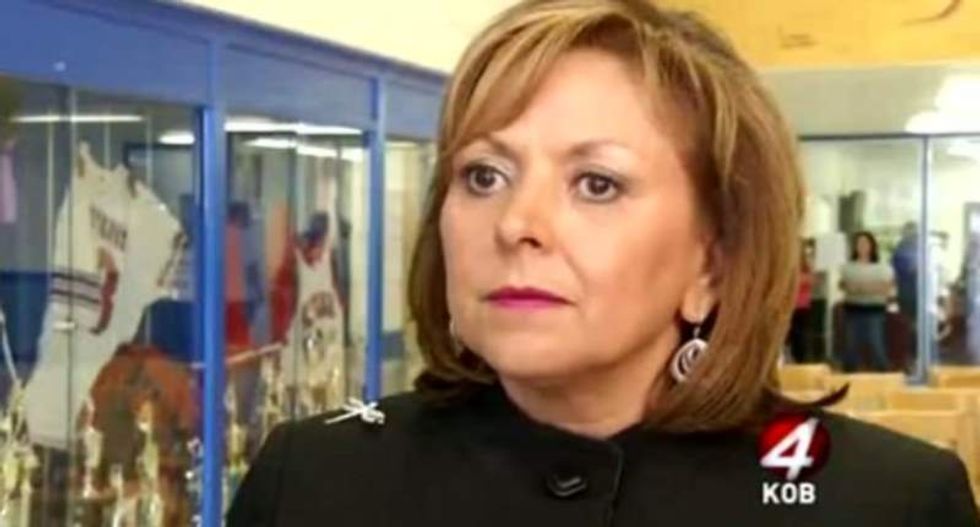 New Mexico Gov. Susana Martinez (R) has been accused of walking out on a $17 tab at a burger joint, but according to her spokespeople, it was merely a "misunderstanding."

According to the Santa Fe New Mexican, a manager and server at Santa Fe's Five Star Burgers and a spokesperson from the mall where the incident took place said Martinez "threw the bill in a trash can, took her to-go order and walked out without paying."

Several hours after the New Mexican first published their story, a man who'd reportedly been at the restaurant with Gov. Martinez came back and paid for her lunch.

"He said it was just a misunderstanding,” Martinez's server, Clarissa Lucero, told the newspaper.