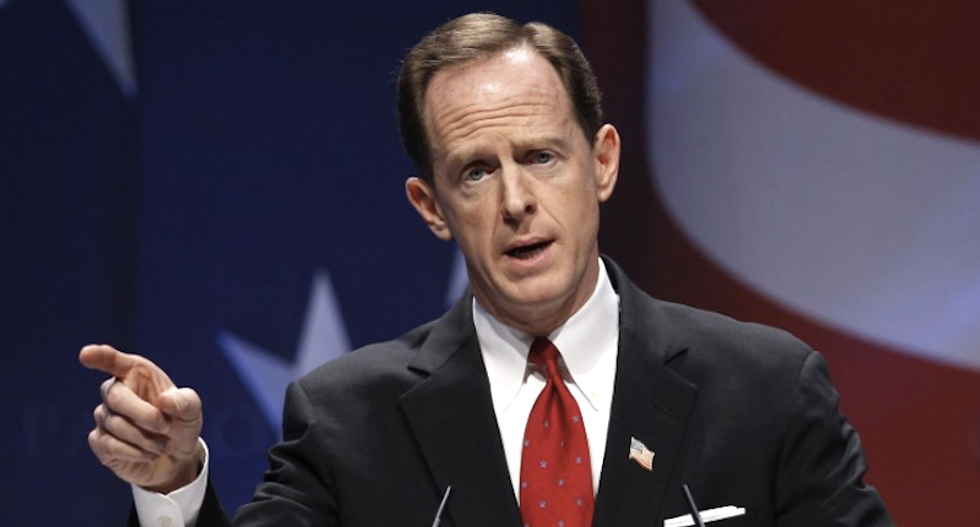 U.S. Senate Republicans have reached a tentative budget deal that could allow U.S. tax revenues to decline by as much as $1.5 trillion over 10 years, but they have not agreed on whether to prevent such losses from expanding the federal budget deficit.

The tax cuts are part of closed-door talks among 12 Senate Budget Committee Republicans drafting a fiscal 2018 budget measure and related tax bill, in hopes they can pass with the support of the Senate's 52 Republicans and prevent Democrats from blocking it.

The U.S. economy is in a steady expansion and stock markets are rising, but the tax cuts being weighed by congressional Republicans, with encouragement from President Donald Trump, are on a scale normally reserved for times of economic hardship.

Trump campaigned last year on a promise of comprehensive tax reform. Republicans have made little progress toward such an ambitious goal. Instead, they are now focused on simpler tax rate reductions for businesses and individuals.

Senator Pat Toomey, a Pennsylvania Republican on the budget committee, told reporters he is confident that Republicans would agree to a budget resolution that foresees a deficit in the first decade. He said, however, that talks have not settled definitively on $1.5 trillion.

"I'd like to see a bigger number," said Toomey, who said that tax cuts would increase economic growth.

Looming in the background is Washington's steady flow of red ink that adds every year to the $20-trillion national debt, a target of outrage not long ago for Republican "fiscal hawks."

Toomey's comments suggest Senate Republicans may no longer be aiming for revenue neutrality on tax reform, but looking to deficit spending as a way to cut taxes on businesses and individuals while avoiding hard decisions that would be needed to raise taxes elsewhere or eliminate popular tax breaks.

If adopted by Congress in a budget resolution, the $1.5-trillion figure would set a ceiling on how much revenue could be eliminated by tax legislation over 10 years.

Analysts and Democrats have warned that higher deficits resulting from tax cuts would eventually overwhelm economic growth at a time when U.S. interest rates are set to rise.

Senate Finance Committee Chairman Orrin Hatch, whose panel is crafting a tax reform bill, told reporters he was not sure that revenue losses of $1.5 trillion were needed for tax reform.

Senator Ron Wyden, the Senate Finance Committee's top Democrat, dismissed the development as a distraction from the more important question of how Republican tax reform would ultimately benefit the wealthy.

"It looks to me like yet another trial balloon," Wyden said.

Republicans have been unable to agree on how to pay for tax cuts and other proposed tax changes, aside from arguing that some lost revenue would be clawed back from the buoyant economic growth they believe tax reform will deliver.

"There's no way you're going to be able to do tax cuts that pay for themselves," said Louisiana Senator John Kennedy, another budget committee Republican. "But I think most people would concede that cutting taxes does stimulate the economy."