She 'should be judged and held accountable for that': Hillary Clinton shames Ivanka for aiding Trump's agenda 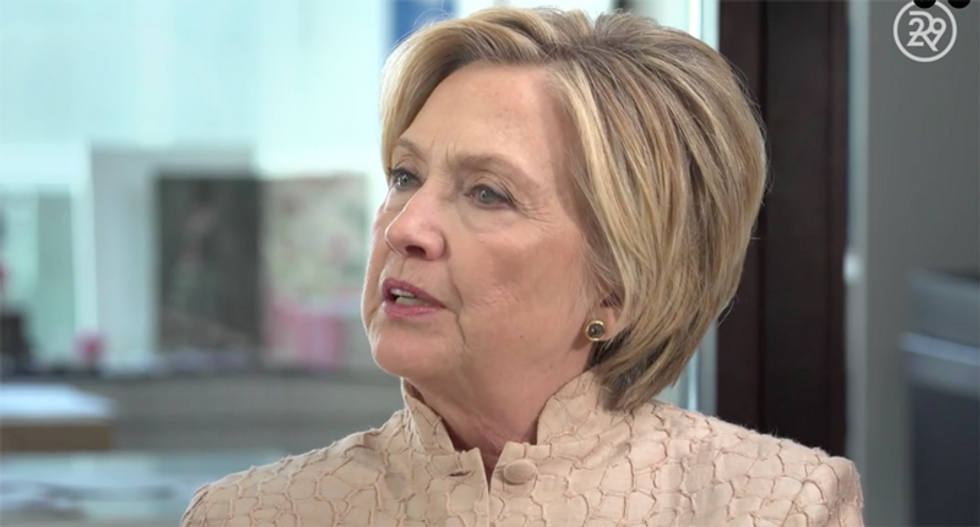 Hillary Clinton is author of the new book "What Happened" (Photo: Screen capture)

Former Secretary of State Hillary Clinton offered advice for young women and Ivanka Trump, in an interview with the website Refinery29.

"Everyone associated with him...they’re either on board with that, or they’re not," Clinton explained.

"And if they’re not, they need to be speaking out or leaving," Clinton suggested. "But if they remain silent and just give lip service to contrary points of views, then they are part of his agenda and should be judged and held accountable for that."

"When someone who is now our president in the White House gives voice to those kinds of degrading comments about women, who’s caught on tape saying those kinds of things, it gives a license to people to be more outspoken against women, against our progress, against our rights," Clinton explained.

"And I think it’s really important for young women to recognize yes, we’ve made progress, but we have to all continue to stand up for ourselves, to stand up for each other, to stand up for the laws that we need, and to take on the the sexism that is so prevalent and which has been given a real boost by Trump," Clinton noted.