Should America be the world's cop? What the experts say 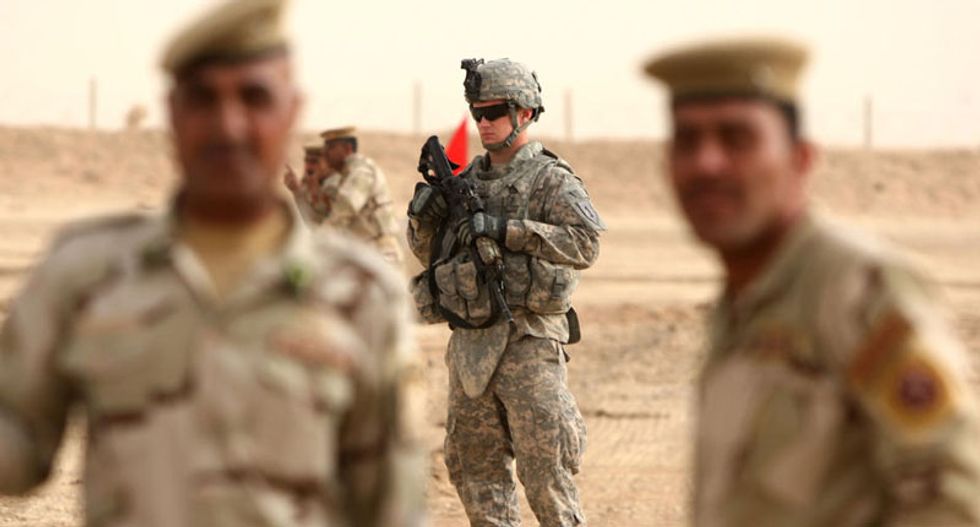 Many American presidents have claimed that the United States has a distinct responsibility to fight for freedom across the world.

In 2005, President George W. Bush declared, “It is the policy of the United States to seek and support the growth of democratic movements and institutions in every nation and culture, with the ultimate goal of ending tyranny in our world.”

In 2014, after affirming his belief in American exceptionalism, President Barack Obama claimed that America stands “for the more lasting peace that can only come through opportunity and freedom for people everywhere.” For him, “American leadership” entails “our willingness to act on behalf of human dignity.”

Rising out of the Cold War era and continuing through the Obama presidency, there came to be some consensus on the rhetoric for interventions abroad.

These days, the rhetoric has changed.

President Donald Trump has replaced American exceptionalism with “America First.” Now, the United States is not distinct from other countries. We are a nation like any other, says Trump, and “it is the right of all nations to put their own interests first.” In his 2016 foreign policy address, Trump called it “a dangerous idea” to believe “that we could make Western democracies out of countries that had no experience or interests in becoming a Western democracy.”

Last week, for the first time, Trump attempted to blend America First with American exceptionalism. In his speech to the United Nations, he claimed, “In America, we do not seek to impose our way of life on anyone, but rather to let it shine as an example for everyone to watch.” America should model its way, but not intervene in the ways of others.

Yet the rest of the speech went on to call for interventions. It did so on the basis of sovereignty. All nations, Trump declared, must uphold “these two core sovereign duties: to respect the interests of their own people and the rights of every other sovereign nation.”

Then he launched into North Korea, Venezuela and Iran, asserting these countries did not respect their own people or the sovereignty of others. In those cases, he claimed, America would intervene.

Though contradictions abound in the speech, Trump’s position became abundantly clear: The world will be better off, he believes, if every nation becomes more self-interested.

This is a vision of the world defined not by the rhetoric of freedom, opportunity, immigration, asylum or any traditional language of American exceptionalism. Instead, Trump’s vision is defined by sovereignty and self-interest. He is more than willing to use the might of the military, but under very different terms.

Know when to fight

America cannot be the world’s cop, but it must not walk away from its broader responsibilities, as the administration in power in Washington is attempting to do. No country, not even the world’s only superpower, can be the policeman of the entire planet. The challenge for the United States is to decide where to engage and how.

You don’t have to have been a career diplomat, as I was, to understand that President Trump, in his debut speech this week at the U.N. General Assembly, demonstrated he does not know how to make those decisions. He certainly respects sovereignty, since he mentioned it 21 times in explaining his “America First” foreign policy. He did reserve the right to take action against his axis of evil – Venezuela, Iran, Syria and North Korea – but otherwise made clear the United States was not much interested in the rest of the world. Autocrats outside the four countries he called out were no doubt applauding the green light he gave them to continue repressing and stealing from their people.

Being a good cop includes encouraging respect for the law and not just shooting suspects. And nation building by supporting democracy can be far more effective than using force – assuming the citizens of that nation are willing to build it rather than just fight over the spoils.

Trump – who has assaulted the media, convened a highly controversial voter fraud commission and dishonestly asserted he lost the popular vote because three million illegal immigrants cast ballots – has demonstrated he has little respect for democracy at home. So, it is not surprising that he shows no concern for it abroad. That is short-sighted; American leadership matters. He can build all the walls he wants, but they won’t keep out the problems presented by globalization.