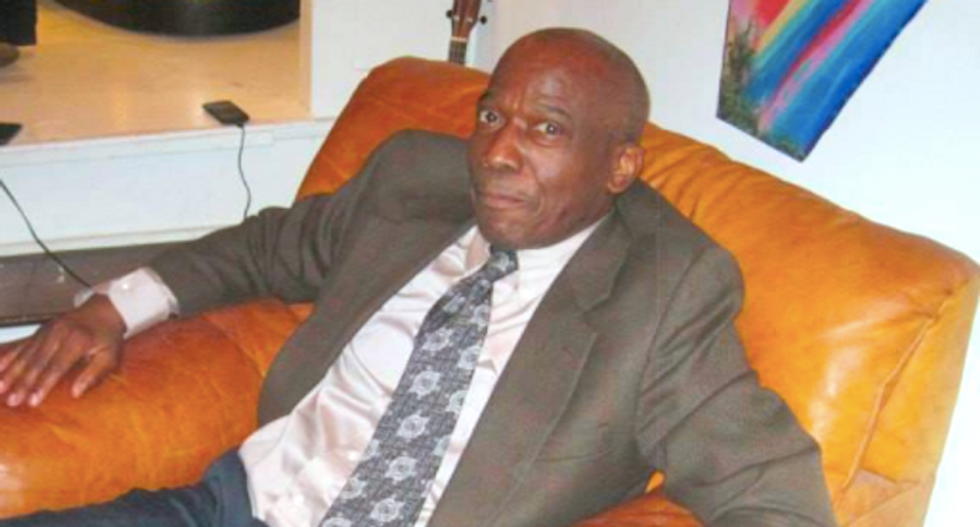 A South Carolina pro-Confederate group wants a black candidate to drop out of his race for mayor for using a word they consider to be a racial slur.

Louis Smith, a black activist who's running for mayor of Summerville, referred to Civil War re-enactors as "crackers" two years ago in a video of their participation in the city's Christmas parade, and South Carolina Secessionist Party called on him to end his campaign, reported the conservative FitsNews.

“Imagine if the shoe were on another foot -- say, a white foot,” complained party chairman James Bessenger. “If a white man had used the N-word toward a group of black folks and then ran for office, the media would be crucifying him right now.”

Cracker originated centuries ago in Britain, where Shakespeare used the word to describe an obnoxious person, and it followed Scots-Irish immigrants to the Americas, where they typically settled in the Carolinas and then Georgia and Florida.

The disparaging term was used in official government documents to describe poor white farmers, who eventually began using the word themselves, and it may also refer to the sound made by a slave owner's whip.

"Just because you lived in the South doesn't mean you're a cracker," Ste. Claire said. "To really call yourself a cracker you have to live the cracker way — you have to start your kitchen at 4 in the morning."

Smith recorded video in 2015 of Civil War re-enactors dressed in Confederate garb, saying they were "crackers being what they are."

"We will never, ever see them rise again," he says in the video.

Bessenger complained that Smith's language should disqualify him from holding office.

“These men were not harming anyone, these men were not engaged in any discriminatory or illegal activity, and were conducting a sanctioned performance for the Summerville Christmas parade,” Bessenger said in a statement. “Anyone who can so easily throw out racial slurs at a group of absolute strangers cannot also parade themselves as a champion for racial equality.”

He also accused Smith of taking part in "antifa" protests against white supremacists.

“Anyone who so openly associates with a group of people who have so little respect for the freedoms on which this nation is founded does not deserve to hold elected office or represent the diverse community of Summerville,” Bessenger said.

Smith filed earlier this month for his second run for Summerville mayor, and he's previously run for school board.

The South Carolina Secessionist Party was found to be possibly in violation of the state's laws regarding nonprofit organizations that solicit donations, but Bessenger insisted the group should not have to comply with those rules.

“We don’t give back to the community,” he said. “This is probably just somebody trying to throw mud in our face and just digging. It took them two years to do it, so well done.”

But state officials said the law refers to accepting donations, not distributing them, but the party was allowed to obtain an exemption because the donations totaled less than $7,500.