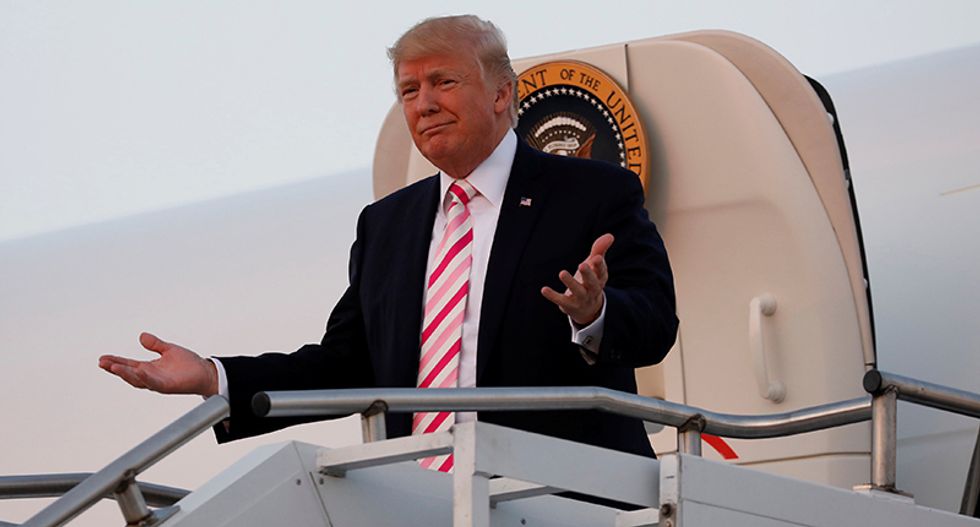 Sprint Corp hired a lobbying firm with close ties to U.S. President Donald Trump's administration on Sept. 1, adding to Sprint's stable of federal lobbyists as it nears a deal to merge with wireless rival T-Mobile US Inc, according to disclosures filed with the U.S. Congress this week.

T-Mobile is close to agreeing to tentative terms on a deal with Sprint that would merge the third and fourth largest U.S. wireless carriers, people familiar with the matter said on Friday.

Sprint's new hire, Ballard Partners, will lobby on "general government policies and regulations," according to the disclosure, which did not include financial details.

The firm, founded by Brian Ballard, an early Trump supporter, joins a long list of Sprint in-house and contracted lobbyists. In the first six months of 2017, the wireless provider spent $1.2 million on lobbying in Washington, according to disclosure filings earlier this year.

In 2011, the Justice Department and the FCC shot down a deal between AT&T and T-Mobile USA. In 2014, the regulators told Masayoshi Son, founder of SoftBank, which owns a majority stake in Sprint, not to seek approval for a deal with T-Mobile USA, which prompted the companies to drop merger talks.

The companies would face serious questions about job cuts from merging retail networks. "Opponents are going to argue why are we helping a German company and a Japanese company do better by laying off thousands of Americans. If I wanted to shoot this merger in the head, that’s how I would do it," said Roger Entner, an analyst at Recon Analytics.

Trump met in December with SoftBank's Son, who pledged a $50 billion investment and 50,000 new U.S. jobs. Son in February said the Japanese firm should benefit from Trump’s promised deregulation of American business.

But Trump and T Mobile's chief executive officer, John Legere, have feuded publicly since 2015. Legere complained about a street drummer outside a Trump hotel, which prompted Trump to call T Mobile's service "terrible" in a tweet.

The companies could also face questions from the Justice Department on the merger’s effect on consumers with pre-paid plans popular with lower-income consumers because they tend to be cheaper and do not require credit checks.

Derek Turner, research director for the advocacy group Free Press, estimated the deal would create a pre-paid giant with well over half of the U.S. market.

"T-Mobile and Sprint have lower prices, place a greater emphasis on credit check-free plans, and are the top suppliers to the more affordable reseller carriers. This merger will harm all wireless customers, but will bring disproportionate harm upon lower-income users, many of whom rely on T-Mobile and Sprint’s more affordable data services as their only home internet connection," Turner said.

Ballard is a regional vice chair of the Republican National Committee and helps leads the party's fundraising.

The transaction would significantly consolidate the U.S. telecommunications market and represent the first transformative U.S. merger with significant antitrust risk since Trump's inauguration in January.

In January, Ballard opened a Washington outpost of his lobbying operation. Susie Wiles, Trump's Florida campaign manager during the 2016 election, is also a member of the Ballard Partner's Washington office but is not listed as working for Sprint.