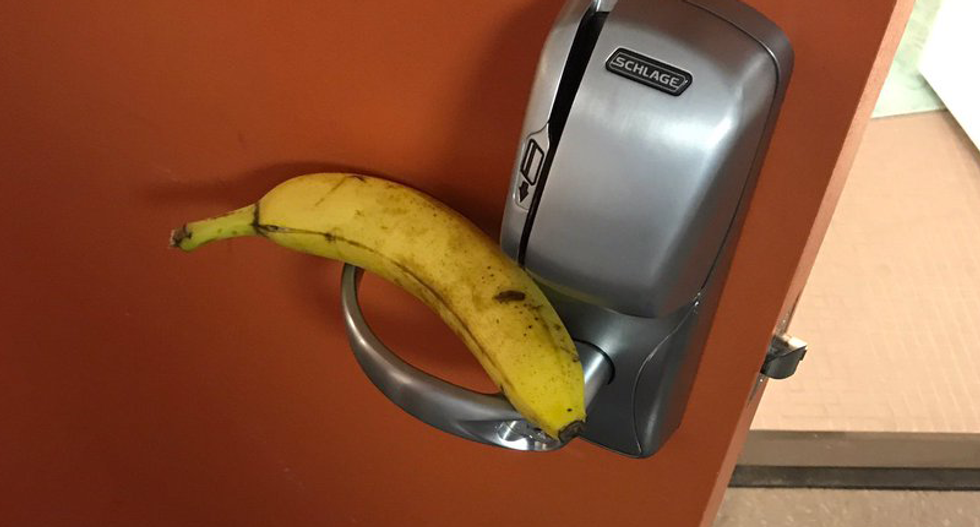 A banana placed on the door of freshman students of color at Temple University.

Temple University police are investigating two incidents of possible racial intimidation when bananas were placed outside of the dorm rooms of black students.

NBC 10 Philadelphia's Aaron Baskerville spoke to two of the four black women who lived in one of the dorm rooms. Halle Ray returned to her dorm after grocery shopping and brought attention to the incident when she posted this picture:

NBC 10 asked if she felt violated.

"Yeah I feel violated," Ray quickly answered. "You put a banana on my door, like, that's so disrespectful."

Temple Student Government released a statement saying they were "deeply disturbed" by the "racism and intimidated that was demonstrated that evening."

The perpetrator, a fellow freshman on their floor, was identified and the students were able to confront him about why he left a banana on their dorm door.

“They claim his excuse was he tossed the banana in the air and it landed on the door,” NBC 10 reported.