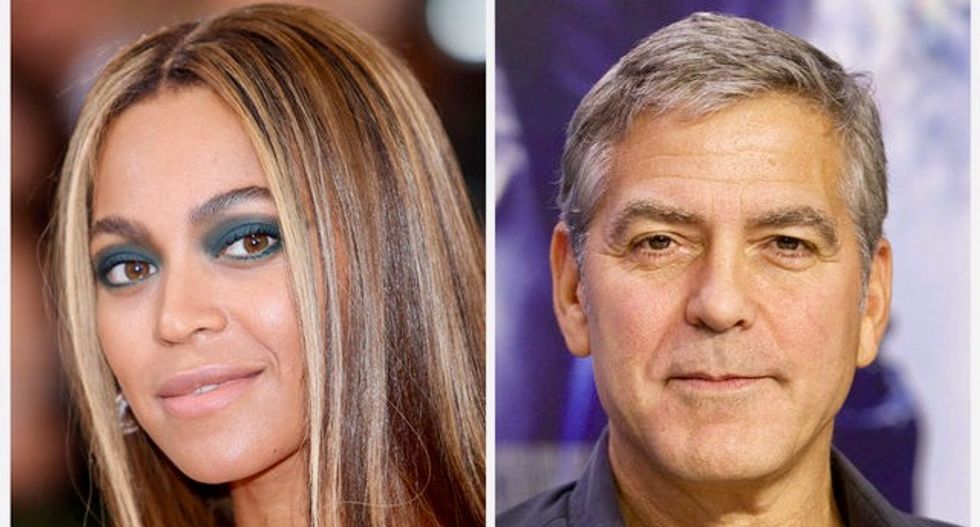 A celebrity-packed telethon for the victims of Hurricanes Harvey and Irma raised some $44 million, organizers said on Wednesday, after more than 130 stars including George Clooney, Beyonce, Oprah Winfrey and Justin Bieber joined forces to sing, man the phones or appeal for donations.

The hour-long Hand in Hand telethon, which aired across broadcast, cable and digital platforms on Tuesday night, raised more than $14 million during the live broadcast.

Organizers on Wednesday said that the total rose to $44 million in pledges made after West Coast and other re-broadcasts.

Irma, one of the most powerful Atlantic Ocean storms on record, ravaged several islands in the northern Caribbean, killing at least 60 people. It barreled into the Florida Keys on Sunday, where 90 percent of homes are believed to be destroyed or heavily damaged.

Beyonce, appearing in a taped message, spoke of the urgent need for supplies in her hometown of Houston after Harvey became the most powerful hurricane to hit Texas in more than 50 years, killing more than 60 people, displacing more than 1 million and damaging some 203,000 homes.

During the show, Stephen Colbert said Apple Inc had donated $5 million, which the comedian quipped, "is also the price of the new iPhone."

The telethon aired from New York, Nashville and Los Angeles, where Stevie Wonder kicked off the event singing "Lean On Me," with a gospel choir as stars such as Tom Hanks, Barbra Streisand and Cher clapped along while sitting at their phone stations.