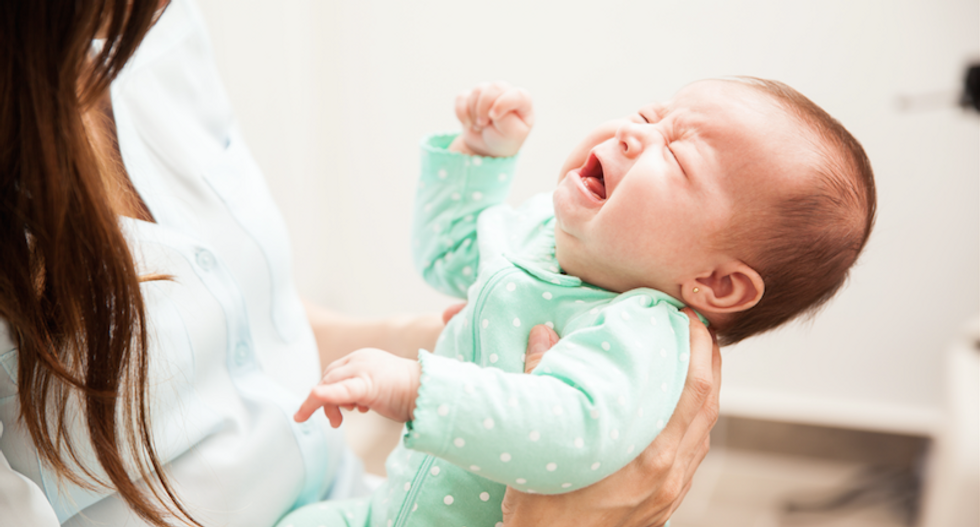 A Texas couple agreed to be arrested and deported if Border Patrol agents would allow them to take their 2-month-old son to a hospital for life-saving surgery.

Oscar and Irma Sanchez were faced with a paralyzing choice after their 2-month-old son, Isaac, was diagnosed with pyloric stenosis, which causes vomiting, dehydration and weight loss in infants, reported NPR.

The life-threatening condition is curable, but no hospital in the Rio Grande Valley had a pediatric surgery team who could perform the operation, so the family had to travel to Corpus Christi -- and through a Border Patrol checkpoint.

"The nurse told us we had to go there," said Oscar Sanchez, who, like his wife, is an undocumented immigrant. "We said we couldn't go."

A Border Patrol agent, who they believe was tipped off by a nurse, showed up as the couple weighed the risks of staying against the risks of traveling north.

The agent told the parents he would arrange for them to travel to Corpus Christi with an escort, but he said they would be arrested and put into deportation proceedings once they arrived.

Border Patrol agents followed an ambulance carrying baby Isaac, with an IV in his arm and a tube in his stomach, across Texas on May 24, and uniformed officers followed Oscar into the bathroom and stood guard as Irma breast-fed her infant son.

"Everywhere we went in the hospital, they followed us," Oscar told NPR.

Agents took Oscar and Irma Sanchez into custody separately the following morning and booked them, so one of them always remained with Isaac, and they were both allowed to attend his surgery -- which was covered under Medicaid because the baby is a U.S. citizen.

Immigrant right advocates are baffled by the treatment of the Sanchezes, who overstayed visitors visa issued 12 years ago but have no criminal record.

"That's how you treat criminals that are harmful, and that's understandable for our own protection," said Ana Hinojosa, an advocate with the Mennonite Central Committee. "But they're a family that's just here trying to make a living, provide an education and a future for their children."

Advocates say the case shows how the Trump administration is chipping away at places immigrants once considered to be safe, such as churches, hospitals and schools.

"They're pushing the envelope to the point where they're trying to find out how far they can go," says Rep. Jose Serrano (D-NY), who is pushing a bill to keep immigrants safe from arrest in certain places. "It violates human decency -- you don't interrupt medical procedures."