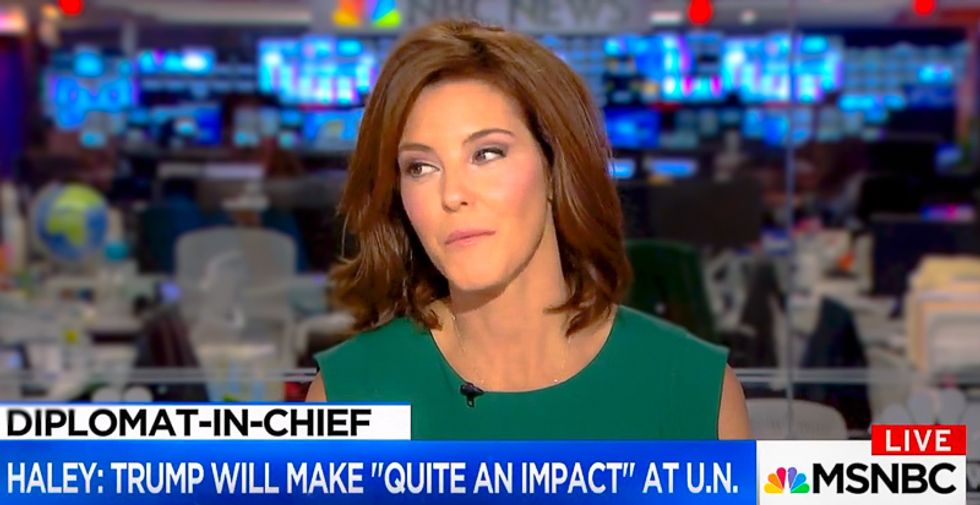 During a roundtable discussion about Trump's visit to the U.N., Ruhle said the phony video of Trump hitting Clinton with a golf ball "was a lot."

"This is a president of the United States retweeting video of himself," Ruhle said, "and I'm going to throw it out there -- with a horrible swing -- hitting Hillary Clinton in the back with a golf ball. Like, that ain't funny."

Reed agreed that Trump has a "terrible swing," but he sought to downplay the president's controversial tweet.

"The bottom like is, obviously, the tweeting and all that, the rhetoric and all the concern there, I'll let the president speak to that," Reed said.

"All that!" Ruhle interrupted. "All that's a big ass deal."

Reed, however, would only express support for the president, calling him "the biggest opportunity for change in Washington, D.C. because he's a disrupting force."

"Clearly, I've been off the grid for a few days," she explained.