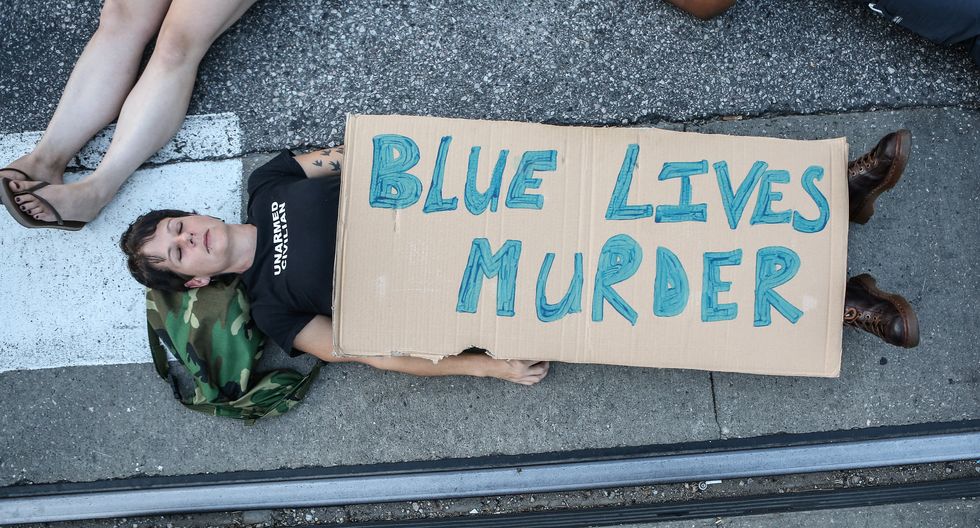 A protester participates in a "Die-In" during a second day of demonstrations after a not guilty verdict in the murder trial of former St. Louis police officer Jason Stockley, charged with the 2011 shooting of Anthony Lamar Smith, who was black, in St. Louis, Missouri, U.S., September 16, 2017. REUTERS/Lawrence Bryant

A third day of protests started peacefully in St. Louis on Sunday after violent clashes between police and demonstrators the previous two nights over the acquittal of a white former police officer in the 2011 fatal shooting of a black man.

About 500 protesters assembled before a barricaded police station in St. Louis in the latest of a series of demonstrations that evoked memories of the riots following the 2014 shooting of a black teenager by a white officer in nearby Ferguson.

An informal group of St. Louis-based activists known as the Ferguson frontline has organized the protests, focusing on what it describes as institutional racism that has allowed police officers to be cleared of criminal wrongdoing in a number of shootings of unarmed black men.

Ferguson frontline activists gathered in a city block with drummers beating to the chant: "If we don't get no justice, y'all don't get no peace."

The crowd began chanting "Anthony Lamar Smith" on Sunday as it marched from the police station to other points in central St. Louis. Marchers later laid down in front of police headquarters, in what is known as a "die in" protest.

Events also started peacefully on Friday and Saturday but turned violent after sundown.

Violence flared anew on Saturday night when about 100 protesters, some holding bats or hammers, skirmished with police in riot gear and smashed storefront windows, resulting in at least nine arrests.

More serious clashes broke out in 2014 in Ferguson, a suburb of St. Louis, following the killing of 18-year-old Michael Brown by a white police officer who was not indicted.

The Ferguson protests gave rise to Black Lives Matter, a movement that has staged protests across the United States to protest police treatment of African-Americans.

Stockley left the St. Louis Metropolitan Police Department in 2013. Smith's family settled a wrongful death lawsuit against the city for $900,000 in 2013.