Trump administration prepares to ease export rules for US guns 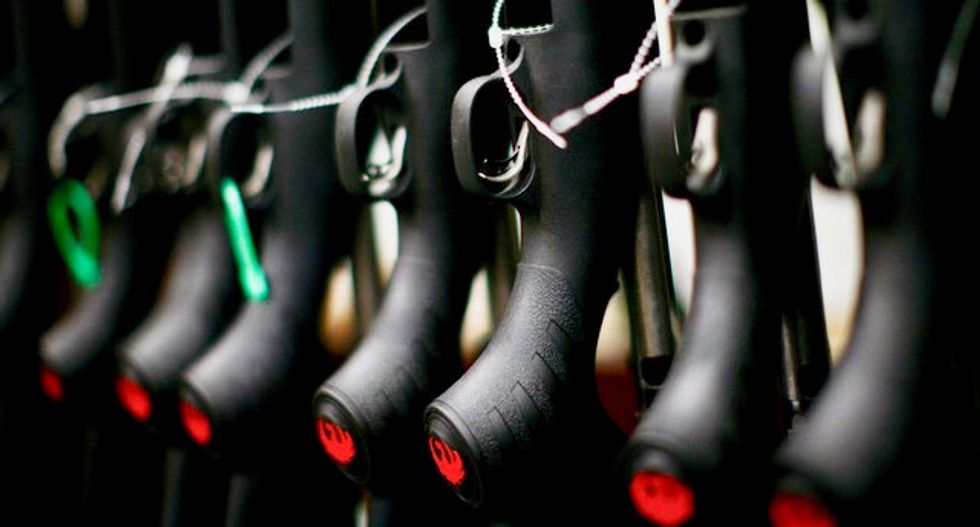 The Trump administration is preparing to make it easier for American gun makers to sell small arms, including assault rifles and ammunition, to foreign buyers, according to senior U.S. officials.

Aides to President Donald Trump are completing a plan to shift oversight of international non-military firearms sales from the State Department to the Commerce Department, four officials told Reuters.

While the State Department is primarily concerned about international threats to stability and maintains tight restrictions on weapons deals, the Commerce Department typically focuses more on facilitating trade.

The officials from multiple agencies, speaking on condition of anonymity, say the new rules will cut government red tape and regulatory costs, boosting U.S. exports of small arms and creating jobs at home.

"There will be more leeway to do arms sales," one senior administration official said. "You could really turn the spigot on if you do it the right way."

The push fits both Trump's support for the gun lobby espoused on the campaign trail and his "Buy American" agenda.

But critics, including some lawmakers and arms control advocates, have expressed concern that any easing of export rules could make powerful weapons of the type often used in U.S. mass shootings more accessible to criminal gangs and militant groups that Trump has vowed to fight.

The administration has all but finalized a draft of the new rules, which could be sent to the White House budget office for review within days, one U.S. official said.

The changes – which can be enacted without congressional approval - could be made public this fall, followed by a period of public comment, with implementation as early as the first half of next year, the officials said.

The officials stressed, however, that the proposed shift in oversight was not a blanket deregulation of firearms.

"The NSC is working through the interagency process with the State Department and the Department of Commerce to ensure that U.S. industries have every advantage in the global marketplace, while at the same time ensuring the responsible export of arms," said an official with the White House National Security Council.

The move, part of a broader Trump administration overhaul of weapons export policy that the officials say is also nearing completion, comes at a time when U.S. gun makers could use the help.

Domestic gun sales have fallen significantly after soaring under President Barack Obama, when gun enthusiasts stockpiled weapons and ammunition out of fear that the government would tighten gun laws.

Since Trump was elected in November, the share price for Smith & Wesson owner American Outdoor Brands Corp is down 50 percent and Sturm Ruger has fallen 26 percent.

On Tuesday, following Reuters report on the administration's plans, the share prices of Sturm Ruger and American Outdoor surged as much as 18 percent.

Both stand to benefit from easier export protocols, alongside Vista Outdoor and the private equity firm Cerberus Capital Management, which owns Bushmaster, a brand of AR-15 assault rifle.

The powerful U.S. gun lobby backed Trump in the 2016 election. The National Rifle Association spent more than $30 million in support of his candidacy. "I am going to come through for you," Trump told the NRA convention in April.

The State Department licensed an estimated $4 billion in commercial firearms exports last year, of which $3.2 billion would shift to Commerce under the new arrangement, one U.S. official said.

In recent years, Canada, Australia, Thailand and Saudi Arabia have been among the top destination countries for U.S. non-military firearms exports, according to U.S. Census data.

The effort to streamline U.S. small arms export controls dates back to an Obama administration initiative begun in 2009, but which was never translated into policy.

The process was repeatedly stalled by a series of U.S. mass shootings, including one at the Sandy Hook Elementary School in Newtown, Connecticut, in 2012 in which 20 children and six adults were killed by a gunman using an AR-15-style assault rifle.

Assault rifles like the Bushmaster would be some of the most powerful weapons expected to be more readily available for commercial export under the new rules, which are largely in line with proposals the Obama administration had crafted.

Democratic Senators Ben Cardin, Dianne Feinstein and Patrick Leahy urged against any rash regulatory changes in a letter to Secretary of State Rex Tillerson on Friday, saying combat firearms are the "primary means of injury and destruction in civil and military conflicts throughout the world."

Zlatko Hadzismajlovic, a New York attorney specializing in export controls, said the changes would be a tough "stress test" for U.S. arms policy.

"The transition appears particularly ill-timed," he said, citing recent Islamist militant attacks in Europe and heightened regional tensions on the borders of NATO members such as Turkey and the Baltic states.

Administration officials say they are not looking to green-light dangerous sales but that it is unrealistic to continue to hamstring U.S. gun makers in foreign markets.

They point out, for instance, that AR-15 rifles are already readily available worldwide since the technology is decades old, the weapons are sold in U.S. sporting goods stores and parts can be reproduced using a 3D printer.

The new rules would move both the licensing and supervision for export of most non-military firearms and ammunition to Commerce officials, who have been directed by Trump to ease the overall regulatory burden on U.S. exporters.

Commercial gun exports would no longer be given the same scrutiny as missile and fighter jet sales, which often require congressional approval.

"Commerce wants more exports to help reduce the trade deficit. And State wants to stop things because it sees (arms) proliferation as inherently bad," one of the officials said.

"We want to make a decision that prioritizes what's more important," the official said. "This will allow us to get in the (small arms sales) game for the first time ever."

The shift would officially move weapons like assault rifles and handguns from State's tightly restricted Munitions List to the Commerce Control List (CCL), which allows for more streamlined licensing for overseas sales.