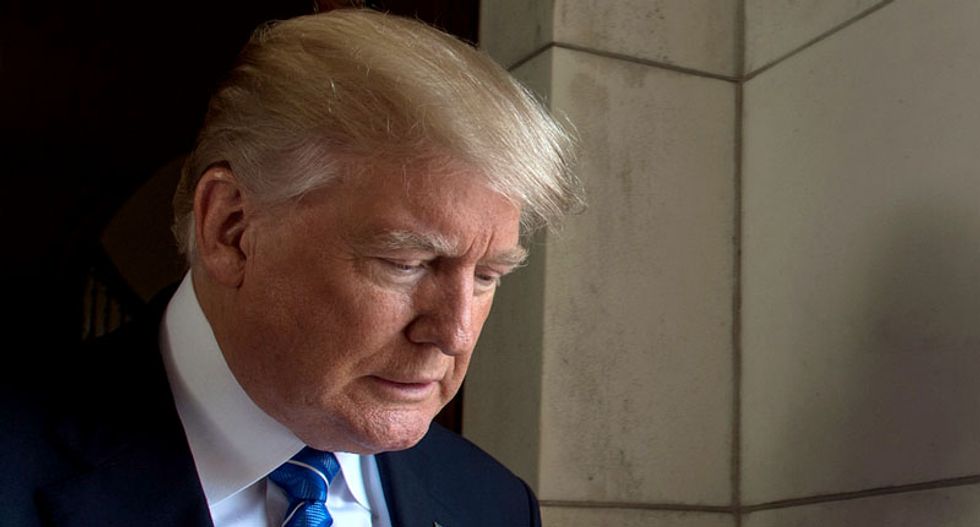 President Donald Trump has been handing out plum jobs at the United States Department of Agriculture to former campaign workers who have little or no experience in farming.

Politico has done a thorough review of resumes of people hired to work at Trump's USDA has found that the agency "has been stocked with Trump campaign staff and volunteers who in many cases demonstrated little to no experience with federal policy, let alone deep roots in agriculture." Among others hired by the agency under Trump are "a long-haul truck driver, a country club cabana attendant and the owner of a scented-candle company," Politico finds.

The long-haul truck driver, for instance, is making $80,000 a year working at the USDA’s Foreign Agricultural Service despite having no relevant experience in the field. A man who was appointed to work at the Agricultural Marketing Service, meanwhile, had only two jobs prior to being hired by Trump: An attendant at a country club and a Trump campaign worker.

In total, Politico reviewed 42 resumes of Trump USDA political appointees and found that just over half of them cited their experience working on Trump's 2016 presidential campaign.

A former USDA official said it was "pretty unusual" for an administration to reward campaign cronies with these kinds of high-paying positions that exert significant influence over policy decisions.

"By the time these people are serving in confidential assistant roles, they are sitting on a very thin layer in government bureaucracy," the official explained.