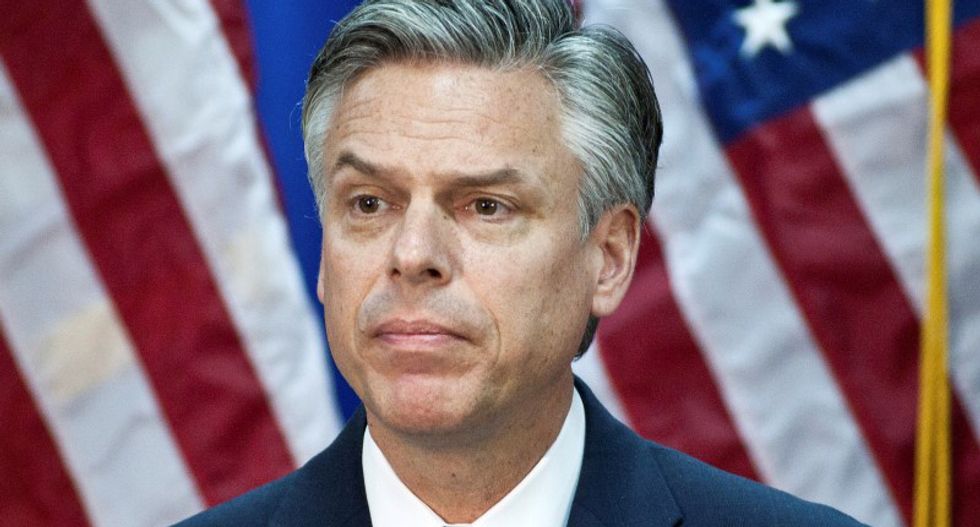 Former Utah Governor Jon Huntsman, President Donald Trump's nominee to be ambassador to Russia, said on Tuesday there was "no question" Moscow meddled in the 2016 U.S. election, and pledged to bring up the matter with the Russian government.

"There is no question, underline no question, that the Russian government interfered in the U.S. election last year, Huntsman, a former ambassador to China, said at his Senate confirmation hearing.

"Moscow continues to meddle in the democratic processes of our friends and allies," he said, taking a tough line welcomed by several members of the Senate Foreign Relations Committee.

Many members of Congress, including several of Trump's fellow Republicans, are concerned the president will not take a hard enough line in dealings with Russia to combat Russian expansionism in eastern Europe or its support for Syria's government in that country's civil war.

Despite Trump's objections, lawmakers in late July passed a tough package of sanctions on Russia that included barring him from easing them without congressional approval.

Huntsman said he thought any action on sanctions should be tied to whether Russia ends its aggression in Ukraine.

Russia has denied interfering in the election, but U.S. intelligence agencies' conclusion that it did so to boost Trump's chances of being elected have shadowed his presidency.

Congressional committees and a special counsel are investigating whether Trump associates colluded with Russia.

Huntsman said he would raise the issue with Russian authorities.

"I will also not hesitate to remind government officials that they are accountable for their actions. Exhibit A is the fact that interference in the U.S. election has led directly to the current low level of trust in the relationship," he said.

He also said he would try to work with Moscow in areas where the two countries have common interests, such as international efforts to curb North Korea's nuclear weapons and ballistic missile development.

Huntsman, 57, served as ambassador to Beijing under President Barack Obama, a Democrat, and to Singapore under former Republican President George H.W. Bush.

The committee will likely vote to support Huntsman in the coming weeks, paving the way for what is expected to be an easy confirmation by the full Senate.

Senator Chris Coons, a Democratic committee member, called Huntsman "one of the very highest quality nominees for an ambassadorial post I have seen."