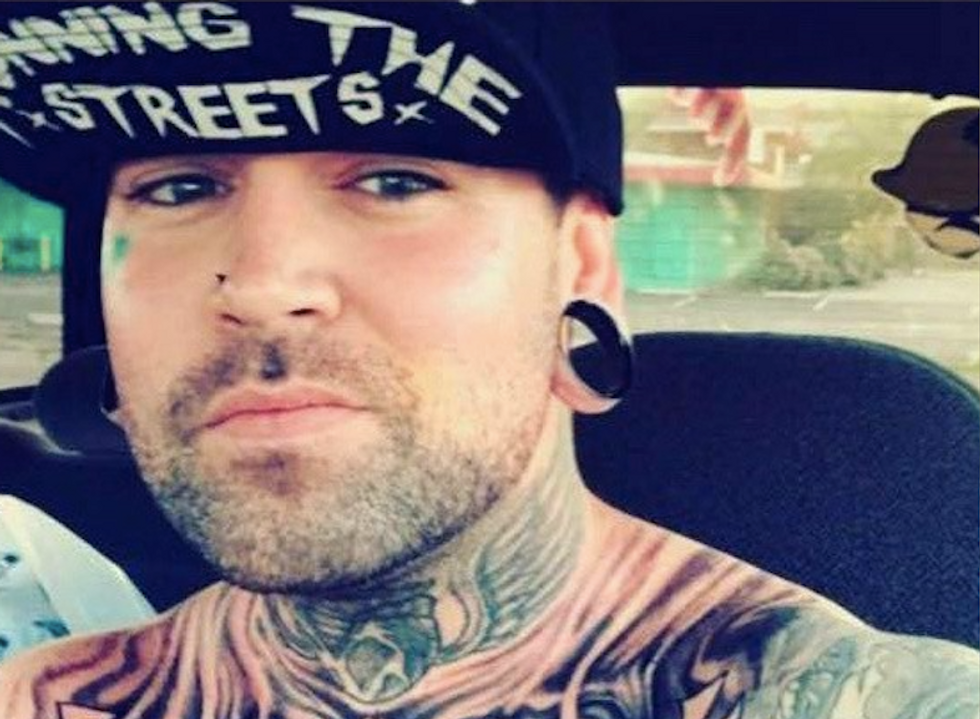 A California man wearing an anti-Islamic T-shirt and sporting a number of white supremacist tattoos barged into a hookah bar in Lake Forest and threatened to kill a group of Persian customers, according to OC Weekly.

Andrew Alan Carruthers, 29, was arrested on Tuesday and charged with felony criminal threats, misdemeanor resisting arrest, obstructing an officer and violating civil rights as well as a sentencing enhancement for hate crime, according to the Orange County District Attorney's office (OCDA).

Police reports say that Carruthers entered the business at around 9 p.m. on Friday and began "acting aggressively toward the patrons, who were mainly of Persian descent."

An employee asked Carruthers to leave and he refused and became belligerent, threatening to kill the people in the lounge.

When a customer called 911 and police arrived on the scene, Carruthers fled by was taken into custody.

"The defendant is accused of having visible tattoos of symbols associated with white supremacy,” said an advisory statement from the OCDA.

Carruthers' social media profile shows him wearing the same vulgar T-shirt in which he was arrested and features slogans and memes favorable to President Donald Trump.

The OC Register said that if convicted, Carruthers faces up to six years in prison.