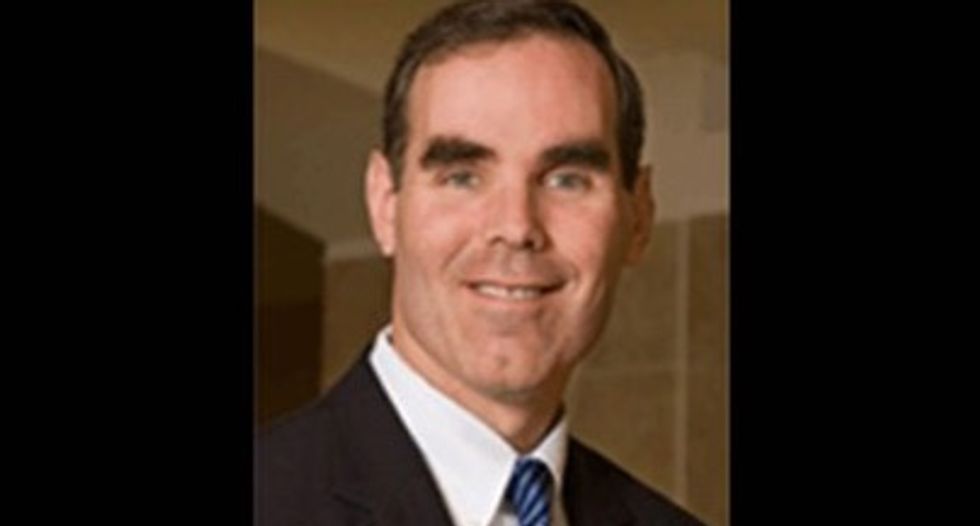 President Donald Trump's nominee to lead the U.S. Justice Department's Civil Rights Division denounced white hate groups on Wednesday and pledged to support the agency's investigation into the murder of a woman by a man believed to harbor Nazi sympathies.

In his confirmation hearing before the Senate Judiciary Committee, Eric Dreiband called white supremacy groups "a disgrace" and said he was putting people "on notice" that if they commit racially motivated crimes, then the "Civil Rights Division is coming for them."

Last month's rally by white nationalists in Charlottesville, Virginia, has weighed heavily on the Trump administration in recent weeks, after Trump suggested that "both sides" were to blame for violence between the protesters and counter-demonstrators.

His comments drew a sharp rebuke from both sides of the aisle in Congress.

Dreiband told the committee, "The bigotry and ideology of Neo-Nazism, Nazism, white supremacists and the Ku Klux Klan are a disgrace to this country and should be eradicated from the United States."

Attorney General Jeff Sessions recently announced the department was launching a civil rights investigation into the death of Heather Heyer, 32, who died after witnesses saw James Alex Fields Jr. drive his car into a crowd of counter-protesters.

"If confirmed, I will do everything I can to support the investigation," Dreiband told senators on Wednesday.

Dreiband, a partner at the law firm Jones Day, has represented companies in some high-profile discrimination cases and has written several articles critical of the Equal Employment Opportunity Commission (EEOC).

Dreiband previously worked at both the EEOC and the Labor Department's Wage and Hour Division during the George W. Bush administration. He also served under Independent Counsel Kenneth Starr.

More recently, he represented retailer Abercrombie and Fitch Co after it was sued by the EEOC for refusing to let a Muslim female job applicant observe her religion by wearing a head scarf.

A divided U.S. appeals court later sided with the company, finding it did not violate the federal Age Discrimination in Employment Act by telling recruiters to hire workers just out of college.

In his testimony Wednesday, Dreiband stressed that he has represented a diverse array of clients, including a police shooting victim and another facing the death penalty.