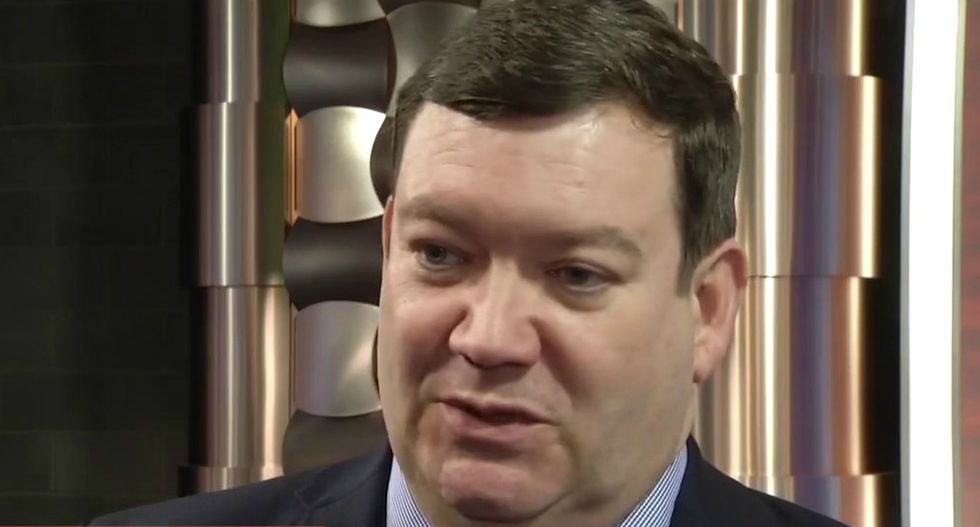 Was picking through latest round of Trump U.S. Attorney nominees. This about Stephen McAllister, nominee for Kansas… https://t.co/GZZdISqarH
— Katelyn Polantz (@Katelyn Polantz)1505489097.0

In the 1857 case, an enslaved man named Dred Scott sued the United States to gain freedom for himself, his wife and their children. In the court's ruling against him, "Chief Justice Roger Taney argued, in his infamous majority opinion, that African Americans were not afforded protection under the Constitution," Mother Jones wrote when news of McAllister's use of the case came to light last year.

"The Declaration of Independence did assert all men were equal under the law, he allowed, but the “general words used in that memorable instrument” did not apply to people “of African descent” because slavery was a common practice when the declaration was introduced," their report said.

He likely included the case, Mother Jones noted, "because it supports his argument that the Declaration of Independence isn’t a legal document and should therefore not be used in a court of law."

"But there’s just one problem: Dred Scott is widely regarded as one of the Supreme Court’s biggest mistakes," they continued. "And, in an added ironic twist, the Scott decision was overturned by the 14th Amendment [used in the Roe v. Wade decision that legalized abortion] the very Constitutional protection McAllister is trying to dodge."