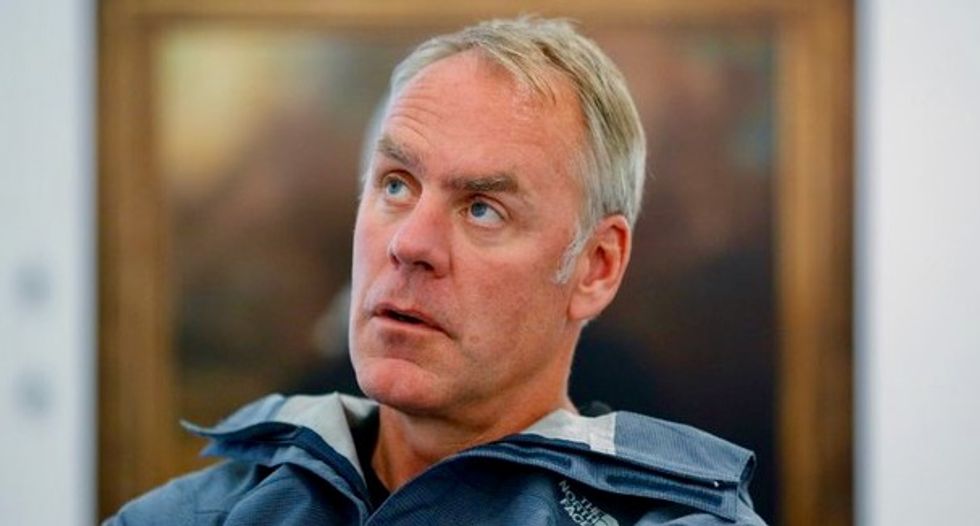 The head of the U.S. Department of the Interior urged President Donald Trump to lift restrictions on activities such as logging and mining in or to shrink the footprints of 10 national monuments, according to the Washington Post.

Zinke also called for relaxing current restrictions within some of the national monuments' boundaries for activities such as grazing, logging, coal mining and commercial fishing, according to a copy of the memo that the Post obtained.

Representatives for the Interior Department and the White House did not immediately respond to requests for comment on the report.

According to the Post, the White House is reviewing the recommendations but has not made a final decision. A spokeswoman for the White House told the news outlet that it would not discuss the memo in detail, calling it an "internal draft."

Last month, Zinke said he had sent his recommendations to the Republican president after reviewing more than two dozen national monuments. Trump ordered the review in April as part of his broader effort to increase development on federal lands.

Energy, mining, ranching and timber industries have cheered the review, while conservation groups and the outdoor recreation industry threatened lawsuits over what they see as an effort to undo protections of critical natural and cultural resources.

The monuments targeted in the memo were created by former presidents George W. Bush, a Republican, and Democrats Bill Clinton and Barack Obama, according to the report.

Trump has said previous administrations abused their right to create monuments under the Antiquities Act of 1906 by imposing limits on drilling, mining, logging, ranching and other activities in huge areas, mainly in Western states.

A designation as a national monument prohibits mining and sets stringent protections for ecosystems on the site.

While the law enables a president to permanently declare certain places of historic or scientific interest a national monument, a few U.S. presidents have reduced the size of some such areas.