US mainland Puerto Ricans anguished, unable to reach loved ones 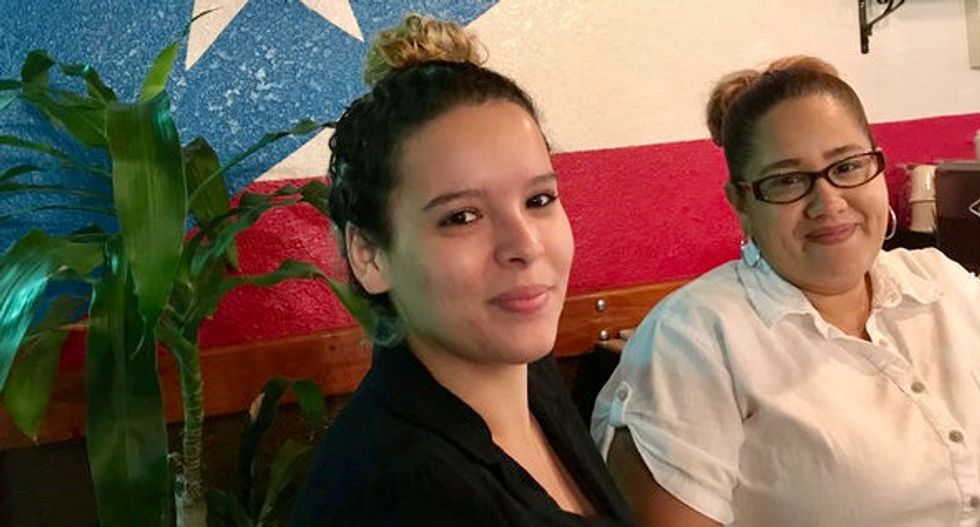 Deserie Rivera is having difficulty sleeping at night, unable to get through to Puerto Rico to find out if her mother is safe after Hurricane Maria struck.

Rivera, a 34-year-old waitress at a Puerto Rican restaurant in the southern Florida city of Sunrise, says that she knows that she is not alone. She has many friends who also cannot reach their loved ones on the devastated island.

"I just want to hear their voices. I want to know they are OK," Rivera said on Friday morning, desperate after three days to get word about her mother, Noemi Vazquez, 57, and the rest of her family in Vega Alta, on the hard-hit northern part of the island, where six people were confirmed dead by Friday morning.

The day after the Category 4 hurricane struck on Wednesday, more than 95 percent of wireless cell sites were not working on island, the U.S. Federal Communications Commission said. [nL2N1M2214] And nearly no one had electricity.

The communications breakdown has been painful for many of 5.17 million people living in the United States who identify as Puerto Ricans, a community that outnumbers the 3.4 million who live on the island.

Puerto Ricans live throughout the mainland United States. The New York area including New Jersey has one of the oldest communities, but in recent years, more than a third of islanders moving to the mainland have settled in Florida, a Pew Research study found.

Jorge Ortiz, the 55-year-old owner of Café Borinquen in Plantation, Florida, where Rivera works, said he feared that number of confirmed deaths will grow once communications return and roadways are cleared of downed trees and power lines.

Ortiz is one of several owners of Puerto Rican restaurants in southern Florida who have said they will collect goods to ship to Puerto Rico, part of a grassroots effort to aid those remaining on the island.

“We will keep collecting for as long as it takes, and that may be a long time,” said Ortiz.

What little Rivera has learned from Vega Alta is not all that reassuring.

"My mom's neighbors were able to send someone I know a text message when they had just enough signal for that but not enough for a phone call," said Rivera. "They said that they are OK, so I guess my mom is, too. But I don't know."

By Friday morning, some communications had been restored.

Lizette Colon, who lives in New York, was finally able to get in contact with her brother Friday morning. She said that others around her still have not heard from family members.

“It’s so emotional,” Colon said, crying. “I just want people here not to forget us.”