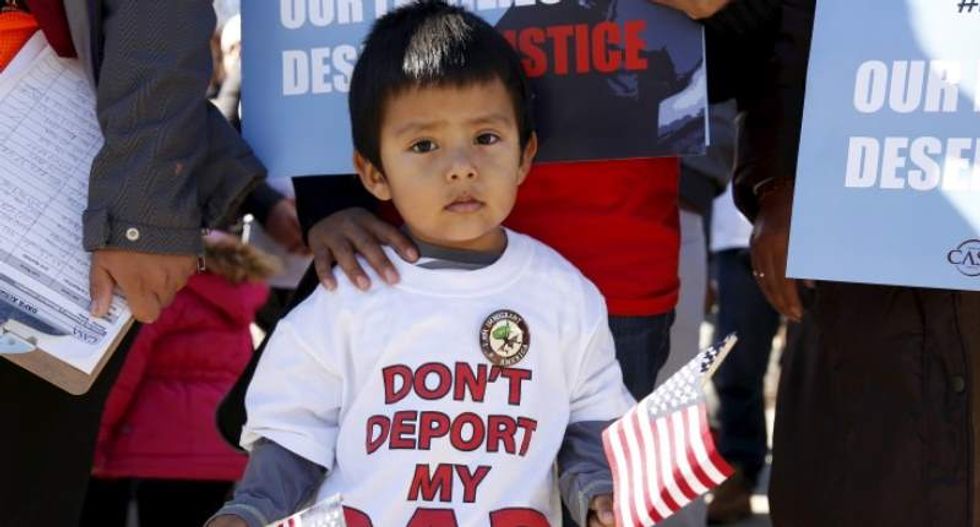 A young boy holds U.S. flags as immigrants and community leaders rally in front of the U.S. Supreme Court to mark the one-year anniversary of President Barack Obama's executive orders on immigration in Washington, on Nov. 20, 2015. Photo by Kevin Lamarque for Reuters.

Trump issued the order in January, shortly after he was inaugurated, directing that funding be slashed to all jurisdictions that refuse to comply with a statute that requires local governments to share information with U.S. immigration authorities.

Sanctuary cities generally offer safe harbor to illegal immigrants and often do not use municipal funds or resources to enforce federal immigration laws.

Dozens of cities and other local governments, including New York, Los Angeles and Chicago, have joined the growing "sanctuary" movement.

The Trump administration contends local authorities endanger public safety when they decline to hand over for deportation illegal immigrants arrested for crimes.