US to search Russian consulate in San Francisco, says Moscow 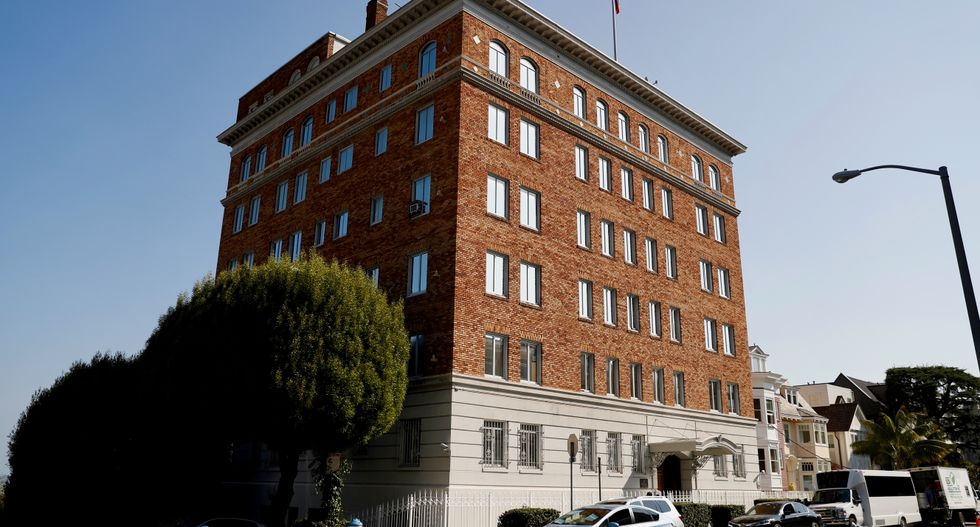 The entrance to the building of the Consulate General of Russia is shown in San Francisco, California, U.S., August 31, 2017. REUTERS/Stephen Lam

The U.S. special services have said they will carry out a search of Russia's consulate building in San Francisco, soon to be closed in retaliation for a similar measure by Russia, a Russian foreign ministry spokeswoman said on Friday.

The closure by Sept. 2 of the consulate and buildings in Washington and New York that house Russian trade missions is the latest in tit-for-tat actions by the two countries that have helped push relations to a new post-Cold War low.

In July, Moscow ordered the United States to cut its diplomatic and technical staff in Russia by more than half, to 455 people to match the number of Russian diplomats in the United States, after Congress overwhelmingly approved new sanctions against Russia.

"The American special services intend to conduct searches on Sept. 2 in the general consulate in San Francisco, including in the houses of employees who live in the building and who have immunity," the spokeswoman, Maria Zakharova, said.

Families, including children and toddlers, had been told they would have to leave the building for 10-12 hours, she said.

The U.S. sanctions were imposed in response to alleged Russian meddling in the 2016 U.S. presidential election and to punish Russia further for its 2014 annexation of Crimea from Ukraine.