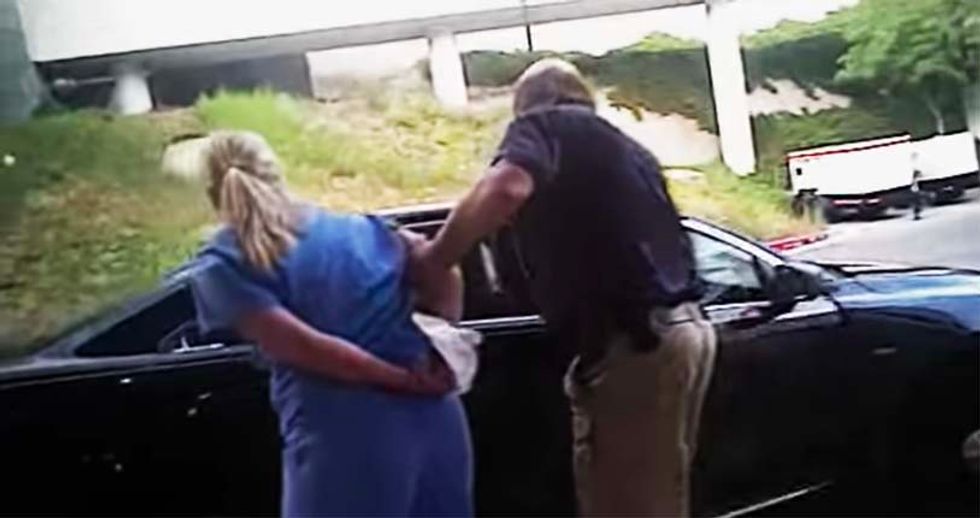 Writing on the Rigby Police Department official Facebook page, the police chief of the small town of Rigby thanked the "heroic" nurse who refused to turn over blood to a bullying cop after one of their officers was involved in a horrific head-on accident.

The confrontation between nurse Alex Wubbels, of University Hospital’s Burn Unit in Salt Lake City, and detective Jeff Payne made national news when a video of the cop handcuffing her for refusing to break the law went viral.

What wasn't known at the time was that the victim of the accident was Rigby reserve officer William Gray who was working at his regular job as a truck driver.

As the police chief noted on Facebook, "One of our reserve officers, William Gray was the victim in a horrific accident in northern Utah while working his full-time job as a truck driver. The suspect in this incident was fleeing from Utah State Highway Patrol, when he crossed into oncoming traffic and collided head on with Gray’s truck, severely injuring Gray, and killing himself. Officer Gray was flown to the University of Utah’s burn unit where he remains under their watchful, professional, and competent care."

According to the chief, what Wubbels did was admirable.

"Within the first hours of Officer Gray being admitted into the burn unit, an incident occurred between hospital staff and an officer from an agency in Utah who was assisting with the investigation," the statement reads. "The Rigby Police Department would like to thank the nurse involved and hospital staff for standing firm, and protecting Officer Gray’s rights as a patient and victim. Protecting the rights of others is truly a heroic act."

The statement went on to make the important point that officer Gray was a victim and not a suspect.

Since the incident went national, both Payne and another officer have been put on administrative leave while an investigation is undertaken.

You can read the entire statement below: