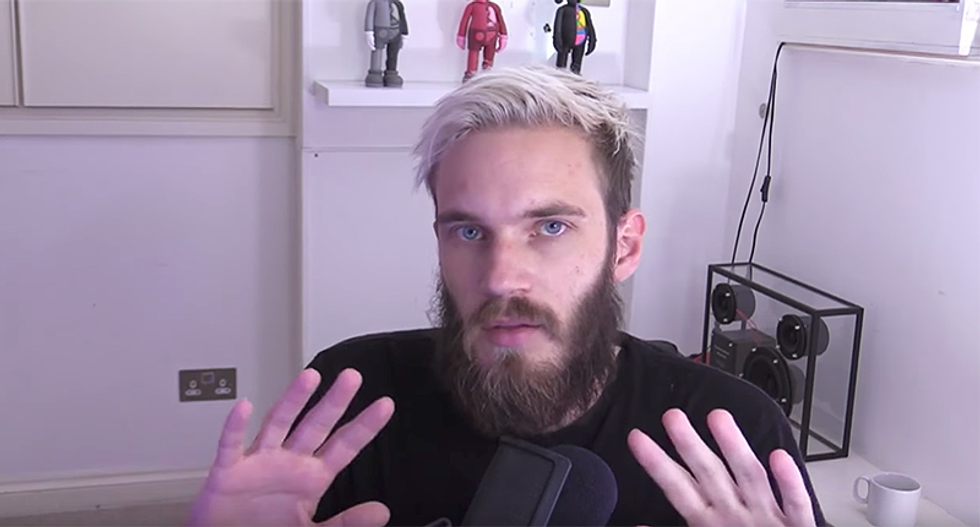 Felix "PewDiePie" Kjellberg, one of YouTube's top performing video publishers, let the N-word slip during a recent video and unleashed a torrent of angry comments and attacks. One company, however, is cutting into his livelihood.

Campo Santo Productions founder Sean Vanaman threatened that he would be sending a DMCA takedown strike to YouTube for any video in which his company's games were featured because he didn't want to be associated with racism.

YouTube has since received the notice and agreed to strike all of the videos in which he was playing games developed by Campo Santo Productions, according to the gaming news site Polygon.

Kjellberg immediately removed the video from public consumption when he saw the tweet from company's owner, but the damage was already done.

YouTube has several different complaints that can be filed by publishers. One prevents the YouTuber from profiting off of the video uploaded while others demand immediate takedown of the video. The latter was the result for Kjellberg, which not only prevents him from monetizing his videos but also could result in the shutdown of his entire YouTube channel, which boasts over 57 million followers.

According to a Lawyer that spoke with Polygon, the style of "let's play" videos that Kjellberg creates does have a copyright component to it.

“In the case of a Let’s Play video, a content owner like Campo Santo would argue that they can revoke their permissive, non-exclusive license to stream (granted to end users) against anyone who uses their content in a way they find offensive, or in a way that associates their game or brand with something against their values," explained Mona Ibrahim, an attorney who with the gaming industry.

Kjellberg has since posted a video with an apology claiming that the slur was used in the "heat of the moment."