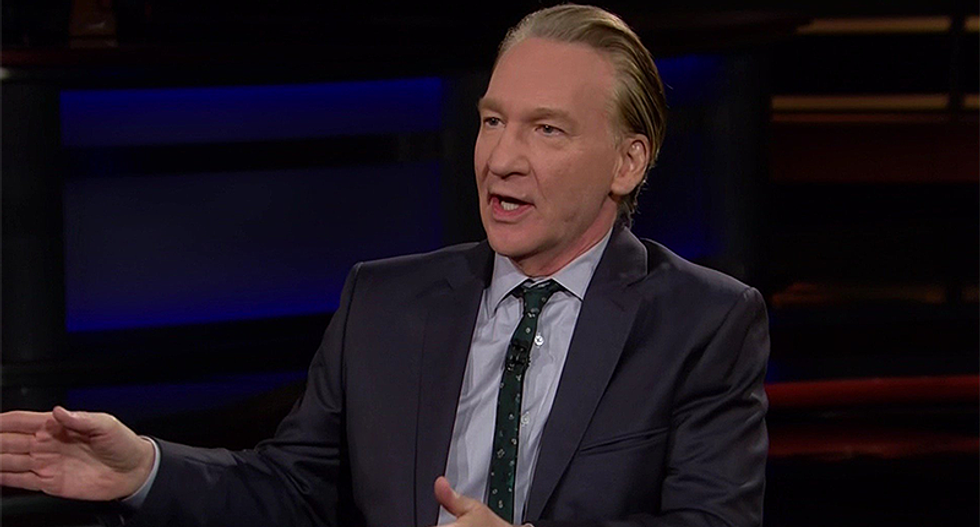 Republicans have always been screaming about "states rights" and demanding that the federal government can't over-reach and control the states. So, Bill Maher said that they can sit back and take it now that blue states are defying President Donald Trump's policies.

One of Maher's examples was comparing California Gov. Jerry Brown, who recently made his own climate treaty with China because Trump refused, to the southern governors who refused to desegregate. It's now liberal states who are the victims of federal overreach.

"Now we're the states who want to be left alone," Maher said. "Mississippi didn't like what Bobby Kennedy was doing in the 60's. Well, I don't like what Jeff Sessions is doing now... We're trying to defend our way of life here and what we believe in. We believe in sanctuary cities and pollution control and legalized pot and gun control and Obamacare and a woman's right to choose. And we're going to defend them!"

Using a hilarious southern accent, Maher went off on about boys who want to wear dresses and good God-fearing Americans who want to smoke grass.

"We da rebels now! We da rebels now and now we get to talk like this," Maher said. "We don’t much cotton to when the federal guvmint thinks it knows better how to do things than we do here in our own state. The mudflaps on my electric car say 'coexist.' We don't need no outside agitators with their 'Make America Great Again' caps comin' in here to our clean state and tellin' us to take down our solar panels. Or how to treat our interns. Here in our state we use Tiki-torches the way they supposed to be used: For lesbian weddin's on the beach! Farm ta table ain't just words 'round here. That's our heritage. We proud there ain't no pesticides in our organic broccolini. We proud of gay sex and hot yoga. We proud of pioneering colonic irrigation. You can have my botox injection when you pry it from my cold, dead, hands."

Maher goes on for quite a while demanding the federal government stay out of his happy sanctuary in blue states. Watch his "New Rules" segment below: