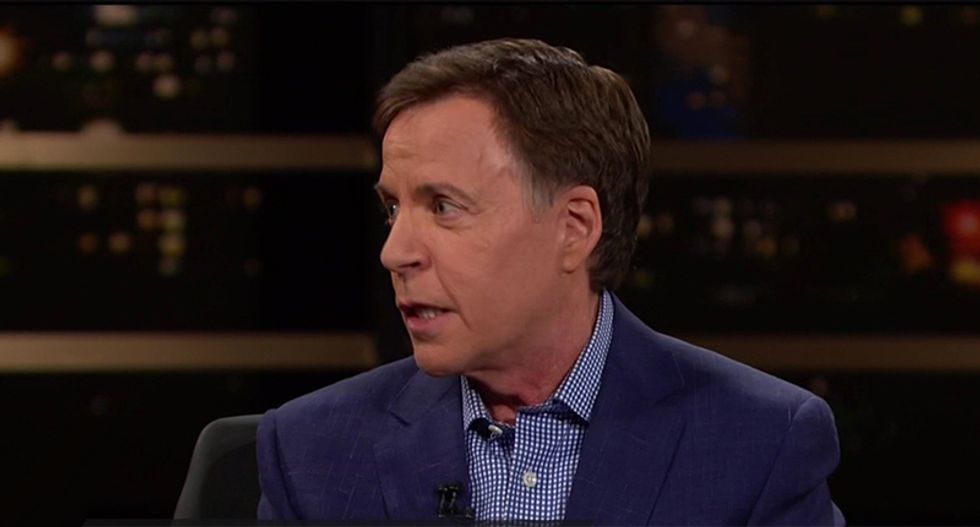 Sportscaster Bob Costas blasted President Donald Trump for his attacks on NFL player Colin Kaepernick during an Alabama rally for Luther Strange on Friday during this evening's episode of Real Time with Bill Maher.

“Wouldn’t you like to see one of our NFL owners, when somebody disrespects the flag, say, ‘Get that son of a b*tch off the field,'” Trump reportedly said at the rally.

Reacting to Trump's attack on Kaepernick, Costas said that there are players that are considered good enough that they can participate in the protest and the owners won't give them flack for it because they need them as a player. However, the owners "have already told Kaepernick to get off the field because he doesn't have a team."

Maher asked why more players aren't protesting, given the number of black players in the league.

"I think the possible reason is they recognize there's some complexity in this," Costas replied. "The Anthem doesn't just represent the nation of laws or it doesn't just represent the military or police, as admirable as those policemen are given the rogue cops, and as admirable as the sacrifice of the military is. But it represents the nation's ideals as well. That's what makes this a little bit complicated. If I owned a team, which I don't, but if I owned a team I would have the PA guy say, 'Please stand for our National Anthem and in recognition of the ideals it represents.' That would then encompass conservative, liberal and everyone else."

Costas also addressed the findings from the continued research into traumatic brain injuries. Maher said the team owners are like the mayor in the film "Jaws," who keeps saying "there is no shark."

He also blasted "mouthbreathers" who oppose anyone mixing politics with sports because they simply want the scores and the play-by-play, but Costas maintained that there is a lot of politics going on in sports.