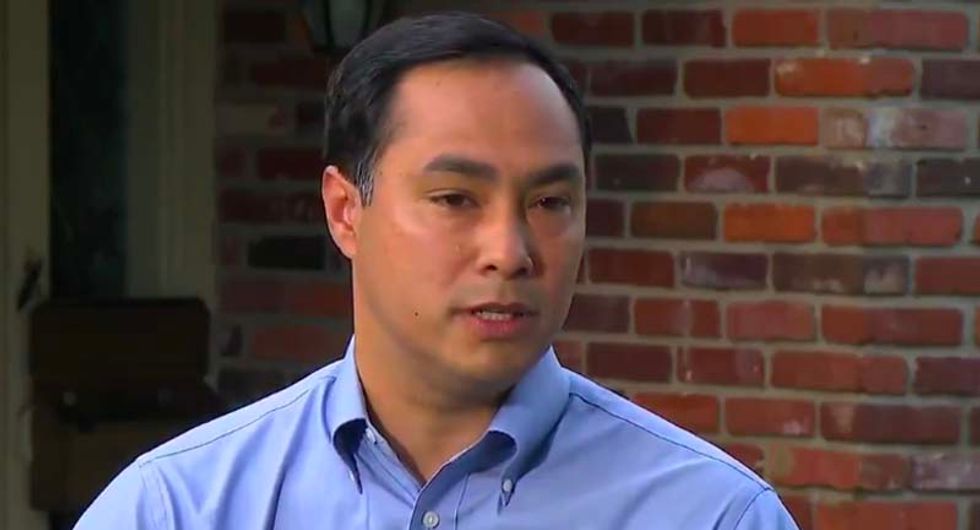 Appearing on ABC's This Week, Rep. Joaquin Castro (D-TX) pushed back at President Donald Trump for his saber-rattling tweets at Kim Jong-un, saying they will not help ease international tensions of over nuclear war.

Speaking with host Martha Raddatz , Castro responded to a question about Trump's Sunday morning tweets that appeared to threaten war as well as Trump's previous "fire and fury" comments.

According to Castro, Trump has “escalated the tension in the situation,” pushing the U.S. closer to a military confrontation that could have devastating consequences.

“He needs to let his diplomats and his military generals and others handle the situation,” Castro advised.

Rep. Joaquin Castro: "I don't think it's helpful to get into a Twitter shouting match with a 32-year-old dictator." https://t.co/OAyzQiLnFp pic.twitter.com/xQJAwPTtqB