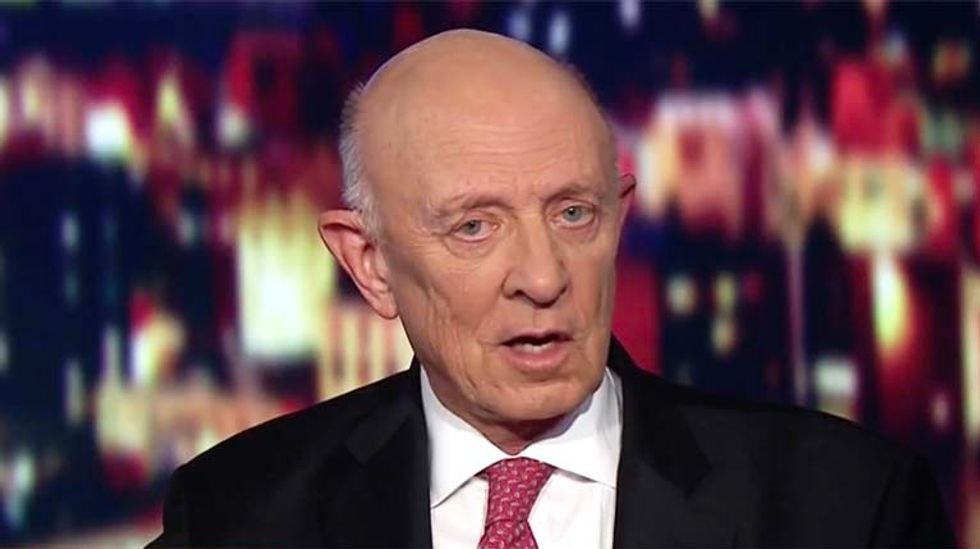 Appearing on CNN, a former CIA director called the saber-rattling confrontation between President Donald Trump and North Korean strongman Kim Jong-un "worrisome" before adding that an "impetuous tweet' by Trump could lead to a nuclear war.

Appearing with host Kate Bolduan on CNN, Clinton-era CIA Director James Woolsey said that tensions right now are the worst he has seen since the Cold War.

"You've got Kim Jong-un saying that they're -- you got South Korea saying Kim Jong-un is preparing for another missile launch maybe later this week," Bolduan pressed. "You got President Trump firing off on Twitter and throwing out those threats, some of them many folks think are empty threats especially when you're talking about China. How great is the chance, the risk, the threat, for a miscalculation on either side right now?"

"I'm afraid it's rather substantial," Woolsey replied. "This is the most worrisome international situation I can remember from during the Cold War."

"Yeah, I've seen quite a few years of this, going back to the early '60s," he continued. "I think we've got to be really careful here and make sure that if a decision is made to use force, especially, or do anything very definitive, that it's made with the president in consultation with the national security council staff and members sitting around talking about options, looking at this, looking at that."

"What we don't need is an impetuous tweet that says, 'okay, here's what we're going do.' We need care and precision and time and what we did not have, by the way, during the Tonkin Gulf Resolution that took us into the Vietnam war in '62," he cautioned.