WATCH: Jake Tapper walks through the many lies Donald Trump Jr. told about the Russian meeting 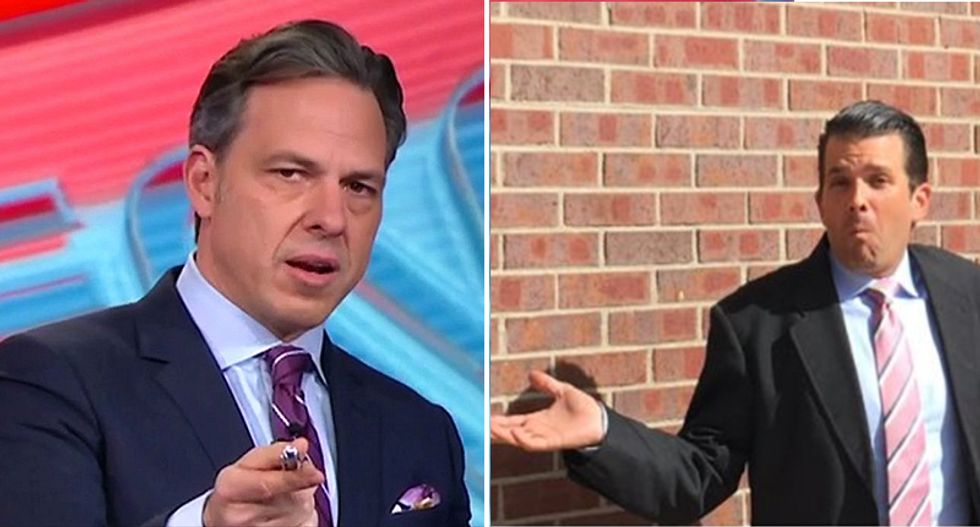 Donald Trump Jr. seems to be having a difficult time being honest or upfront about the meeting he took with the Russians. It's unclear if he is misremembering, confused or both, but CNN's Jake Tapper walked through a list of the many times the younger Trump has mislead the public about the Trump Tower meeting.

The first incident came in March, when he denied to the New York Times that he met with any Russians.

The second story came when he admitted July 8 that he did have meetings with Russians but that the meeting was about Russian adoptions and had nothing to do about the elections.

The story changed a third time when, just two days later, Trump Jr. admitted that he did not only meet with the Russians but he met with them because he was promised "dirt" on Democratic opponent Hillary Clinton.

Now, a fourth change in the story came Thursday when Trump Jr. told the Judiciary Committee that he had a patriotic obligation to talk to the Russians about Hillary Clinton to discover her "fitness" for office.

It's unclear if the story will change again as new information becomes available and others involved in the meeting testify.

Watch the timeline recap below:

WATCH: Jake walks through the many lies Donald... by sarahburris