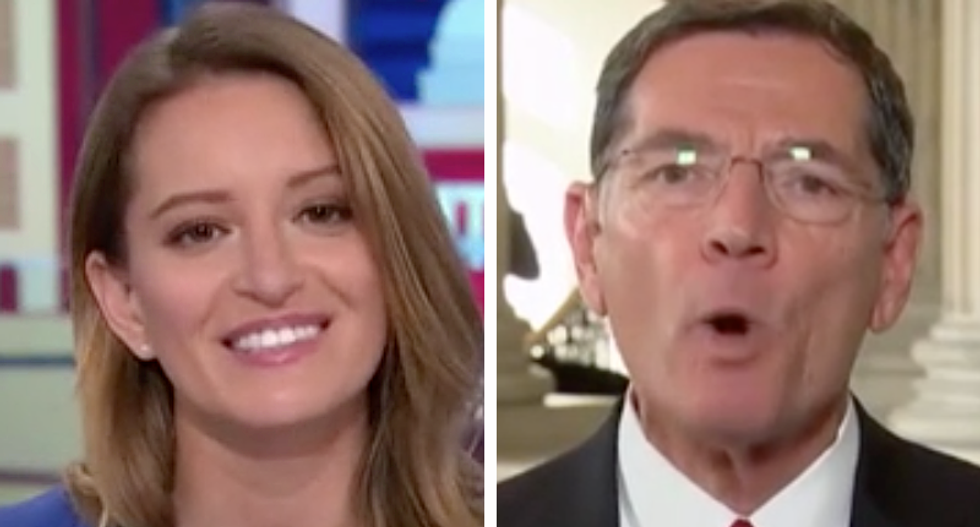 Tur repeatedly attempted to get Sen. Barrasso to answer questions about be bill being rushed through the Senate, yet the conservative senator refused to answer and instead kept attempting to shift the conversation back to the Affordable Care Act, also known as Obamacare.

"Senator I just want to know one thing: can you guarantee the people of Wyoming that the costs associated with their preexisting conditions will not go up so much so that they will not be able to afford it?" Tur asked.

"The costs have gone up almost already gone up on Obamacare, Katy, so much that people can't afford it," Sen. Barrasso replied while dodging the question.

At this point there was much talking over each other, as Sen. Barrasso continued to refuse to answer the question.

"I'm asking it for Graham-Cassidy, something you are going to be voting for," Tur responded, trying to refocus the conversation on the pending legislation.

"I'm trying to get you to answer the question that I asked," Tur said.

"Respectfully, this is the bill that you are voting for," Tur reminded.

"Can you tell your voters -- the people of Wyoming -- that the costs associated with their preexisting condition will not go up so much that they will not be able to afford health care coverage?" Tur again asked.

"That's not what I asked, senator," a frustrated Tur noted.