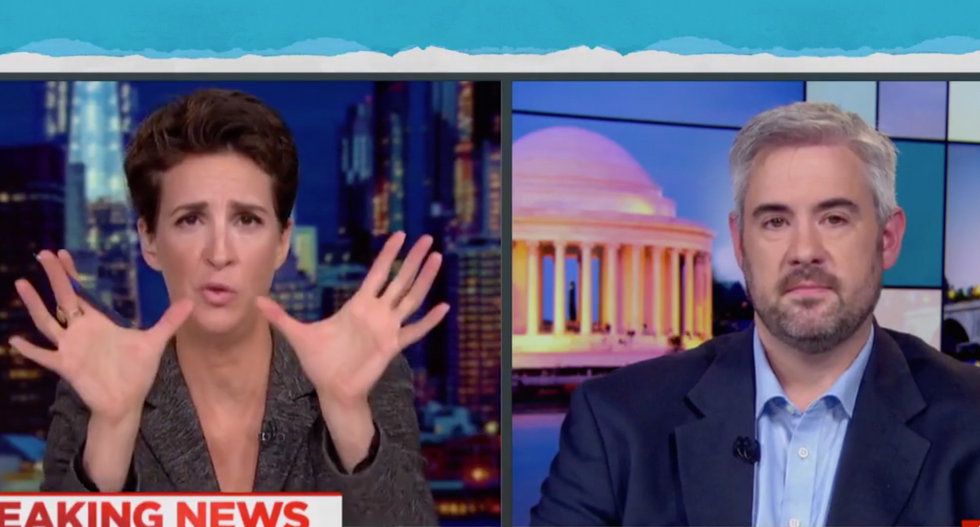 Apuzzo explained that “in a normal situation,” when the subject of an investigation has a lawyer, “there is some sort of back and forth dialogue with the lawyer” before a search warrant is acted upon. In Manafort’s case, federal investigators used a “no-knock search warrant where you come in predawn hours and pick the lock and you're in the house.”

The reporter explained this “speaks to certainly a level of distrust between Bob Mueller and Paul Manafort, and you can gather that that sends a ripple throughout this investigation and certainly sends a message that this is not going to be your typical slow and steady white collar investigation.”

Maddow asked if reports that Mueller has warned Manafort to expect an indictment is more of a “threat or a promise."

“Well, I mean, it's that rat-a-tat-tat,” Apuzzo explained. “We storm your house and take a bunch of your stuff and tell you to plan on being indicted, and come over the top and subpoena his lawyer and spokesman. It was a real one, two, three, boom, boom, boom from Bob Mueller and company.”

“Maybe he won't be indicted but certainly sends a message: ‘We're here to do business and the fact that you have a lawyer is not, literally, a barrier to entry for us,’” Apuzzo said.