WATCH: Ohio cop threatens to 'choke the life out of' man in custody 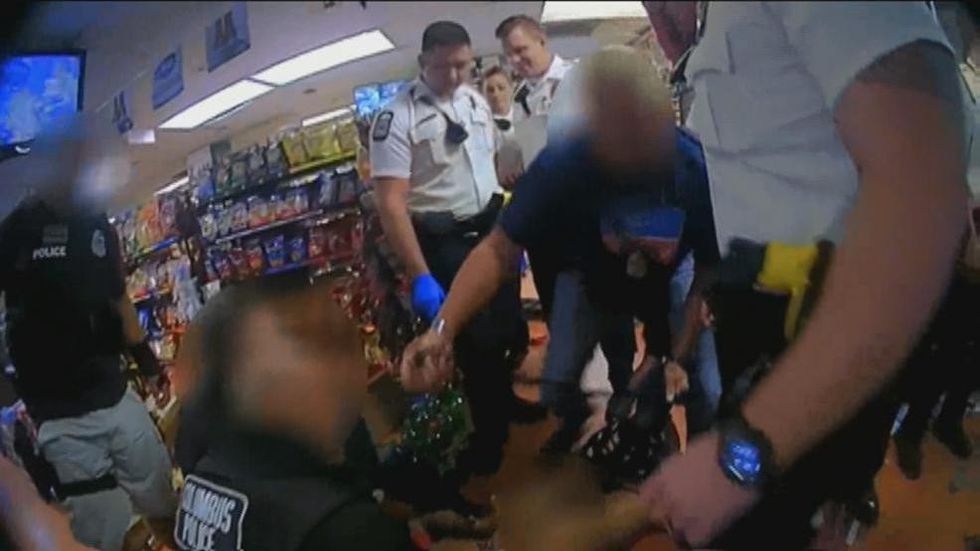 A police officer in Columbus, Ohio has been suspended after being caught on camera threatening to "choke the life out of" a man that he had arrested.

Local news station WSYX reports that the video shows 32-year-old Columbus police officer Joseph Bogard delivering threats to Timothy Davis, a man who was arrested by officers at a nearby convenience store on outstanding warrants.

As Bogard is escorting Davis to custody, he tells the suspect that he will strangle him until he dies.

"I'm going to for-real arm bar you, and when that still doesn't work, I'm going to choke the life out of you," Bogard says.

In another part of the video, Bogard questions another officer on why they supposedly went easy on Davis by merely Tasering him.

"What did we tase him for?" he asked. "Why didn't we just choke the f*cking life out of him?"

Columbus Division of Police Chief Kim Jacobs said that she decided to immediately suspend Bogard upon being made aware of the footage for the first time this week.

"This kind of language is totally inappropriate and unprofessional and does not reflect the core values of the Division of Police," she said.

Davis's family also alleges that officers used excessive force when arresting him, although officers content that Davis tried to bite them while resisting arrest.

Watch WSYX's report of the incident below.