WATCH: Racist man threatens to 'beat the sh*t' out of Latino high schoolers for speaking Spanish 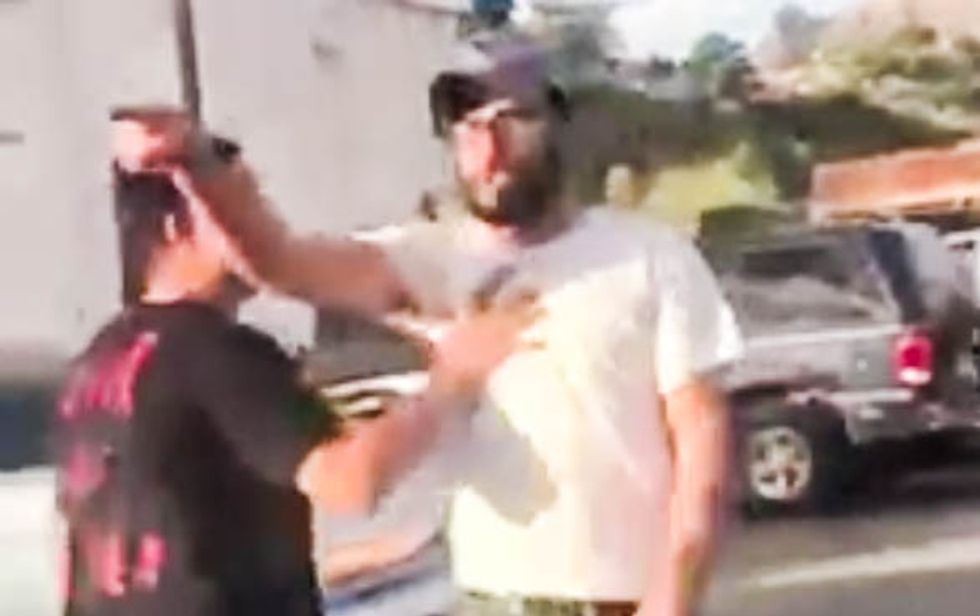 A man yells at Latino teenagers in a viral Facebook video (Screen cap).

A viral video posted on Facebook shows Latino teenagers being harassed by a racist man who threatened to "beat the sh*t" out of them after he heard them talking to one another in Spanish in a restaurant bathroom.

Local Texas news station KFOX 14 reports that the video was shot in the parking lot of an Applebee's in El Paso. It shows a white man exiting the restaurant and confronting Latino teenagers who were filming him with their phones.

Upon seeing the teens, he steps toward them and starts hurling racist verbal abuse at them.

"You're wearing a sombrero," he yells at them. "I guarantee I could beat the sh*t out of all of you!"

At this point, another man steps in and directs the angry man toward his car to keep him away from the teens.

The video was posted on Facebook by a user named José Prieto, who writes that the trouble started when he and his friends "were speaking Spanish in the restroom and this man just started calling us "Sh*tty Mexicans."