'We could be in for a long war': Army says it's ill-equipped and unprepared to fight Russia in Europe 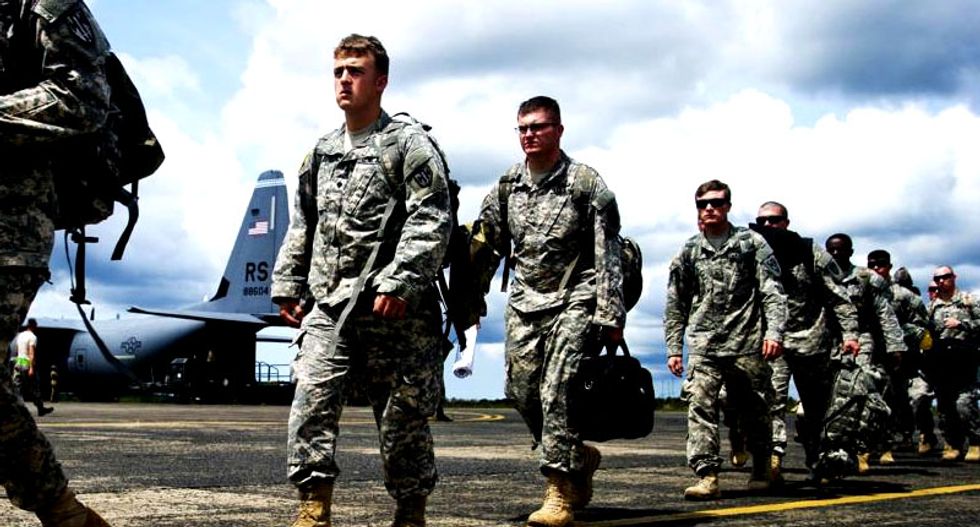 A recently completed study by the U.S. Army shows that a critical Infantry unit is "under-equipped, undermanned and inadequately organized" to face aggression from Russia in Europe, according to Politico.

The study -- which Politico obtained in spite of the fact that it has not been circulated outside of the military -- found that years of fighting in Afghanistan and Iraq have created critical "capability gaps" in the U.S.'s strategic approach to combat. These issues were thrown into relief in 2014 when the 173rd Airborne Brigade joined Ukrainian forces in fighting pro-Russian advancement in Crimea.

The 173rd is based in Italy and while its 4,000 troops would not be sufficient to hold off full-on Russian advancement into disputed territories, it is considered a key deterrent in the region. In light of Russian President Vladimir Putin's increasingly bellicose attitude, NATO nations and other allies are concerned that combat may arrive at their borders. The U.S. has pledged to assist allies against Russian aggression, should it come.

The brigade rotates tours of duty in Iraq, where troops are accustomed to fighting an enemy with no air power and no access to high tech weapons.

When U.S. forces went to fight alongside troops from Ukraine, they found that the Russians and their allied forces in Crimea were adept at using cheap drones and electronic warfare tools to jam communications, scramble GPS signals and target vehicles and personnel.

In Iraq and Afghanistan, U.S. troops rely heavily on GPS for strategic maneuvering and for targeting of long distance weapons. Russian forces can easily jam GPS signals and shut down satellite communications, rendering the commonly-used satellite phones the Army relies on useless and confounding navigation.

The U.S. has had to call on Latvia for tips on how to navigate and communicate while under attack from Russian jammers. Latvia's military uses High Frequency radio to communicate, which the Russians are unable to scramble.

“The lessons we learned from our Ukrainian partners were substantial. It was a real eye-opener on the absolute need to look at ourselves critically,” said Col. Gregory Anderson -- who commissioned the report -- to Politico. “We felt compelled to write about our experiences and pass on what we saw and learned.”

The 173rd needs to swap its aging fleet of Humvees for more mobile transports, the report said, because the Humvees would be "easy prey" for Russian armored vehicles. The brigade needs camouflage nets and a fleet of light tanks, but these solutions, the study warned, are years away.

“The report is framed as being about the 173rd, but it’s really about more than the 173rd. It’s about what the Army needs to do,” said Adrian Bonenberger, a former officer who fought with the 173rd and is now living in Ukraine to study and observe the conflict there. “If Russia uses electronic warfare to jam the brigade’s artillery, and its anti-tank weapons can’t penetrate any of the Russian armor, and they’re able to confuse and disrupt and quickly overwhelm those paratroopers, we could be in for a long war.”