'We definitely got under their skin': Rob Reiner revels in freaking out the Kremlin with his Russia investigation 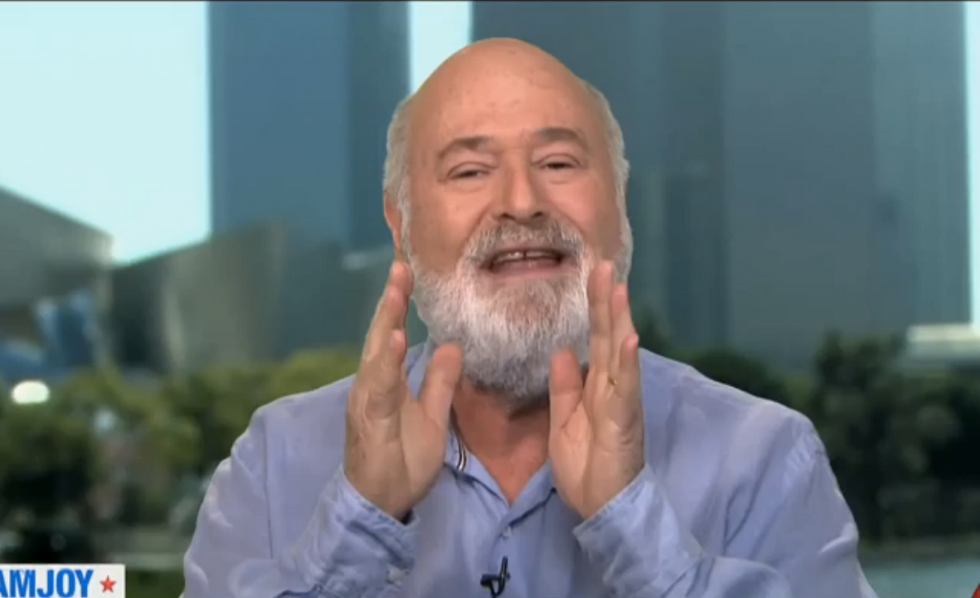 Appearing on MSNBC's AM Joy, filmmaker Rob Reiner chortled at the Kremlin for having a meltdown over his video project looking into Russian involvement in the 2016 presidential election.

With Joy Reid name-dropping Reiner's Committee To Investigate Russia, the MSNBC host pointed out, "It has already brought the full force of the Russian propaganda machine into attack mode against Morgan Freeman -- the Kremlin attacking you and Morgan Freeman."

"Yes," the filmmaker smirked. "We definitely got under their skin, no question about it. When you see the thousands of bots and trolls come out after you, you know you've done something right."

Reid pressed Reiner on what he hopes to achieve.

"We need to let Americans know how critical this is," Reiner explained. "Not only the disinformation campaign, the hacking of DNC and Podesta and all that, but cyber warfare and what it can do. This is a new form of warfare, we are at war in a cyber war and we don't know how yet to defend ourselves. We need that 9/11-type commission so we can understand what happened to us and protect ourselves in the future."

Reiner then took up Trump's relationship with Russia.

"Is it a consciousness of guilty that this administration will not meet Russia on a battlefield Russia is claiming?" Reid asked.

"You could look at it as a consciousness of guilt, but you could also look at it as self-preservation and self-dealing," Reiner replied. "Everything with Trump is about him. He doesn't care about anything except him."