'Whip you like the slave you are’: Trump fan sent threats before execution-style killing of black man 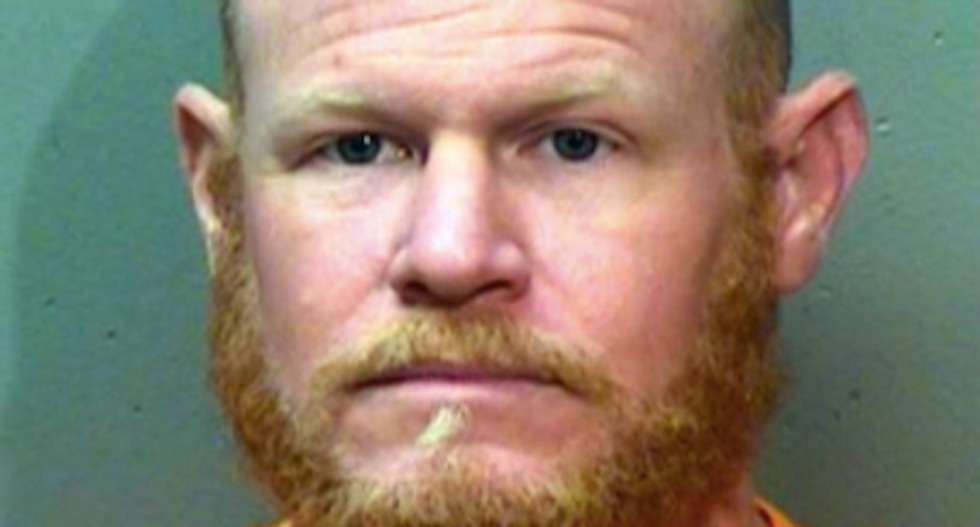 A white Texas man sent racist threats to a black man he blamed for his stepdaughter's arrest before allegedly killing the man's roommate.

Kevin Parnell was charged with murder in the fatal Labor Day shooting of 28-year-old Sammie Jones, reported the Star-Telegram.

The 38-year-old Parnell was angry that his stepdaughter, who is biracial, had recently been arrested for prostitution and blamed her ex-boyfriend, Jordan Briggs, who lived in a Fort Worth apartment with Jones.

Both Jones and Briggs, who has denied any involvement in his ex-girlfriend's arrest, are black.

Parnell sent Facebook messages calling Briggs a "n*gger" and threatening to "hang" him on the afternoon of the fatal shooting, according to police.

“I’m going to strip you naked and whip you like the slave you are," Parnell said in one message, according to investigators.

A public post made two hours before the slaying reads, "You were warned," among a series of posts that show support for President Donald Trump.

Parnell pulled up to the pair's home in a white pickup truck later on Sept. 4, and Briggs said he was afraid.

“He banged on the door three times," Briggs told the newspaper. "I told Sammie not to answer. I went to the back and instantly froze up."

Jones answered the door, and Briggs said he heard Parnell asking for him before launching a racist tirade and then drawing a handgun as the roommate tried to calm him down.

Then he heard a gunshot, and Briggs said he looked down a hallway and saw Parnell shut the door and leave.

"Sammie was being so calm," Briggs told the Star-Telegram. "He just shot my bro in the face and burned off."

Jones was pronounced dead at the scene, and police arrested Parnell the following day as he worked as a contractor at General Motors.

Parnell remains jailed on $500,000 bond, but the newspaper reported his stepdaughter's case was recently dismissed after she was placed on deferred-adjudication probation in connection with an unrelated theft charge.

Prosecutors said the Jones murder could be tried as a hate crime, which allows for enhanced punishments for some charges under Texas law.