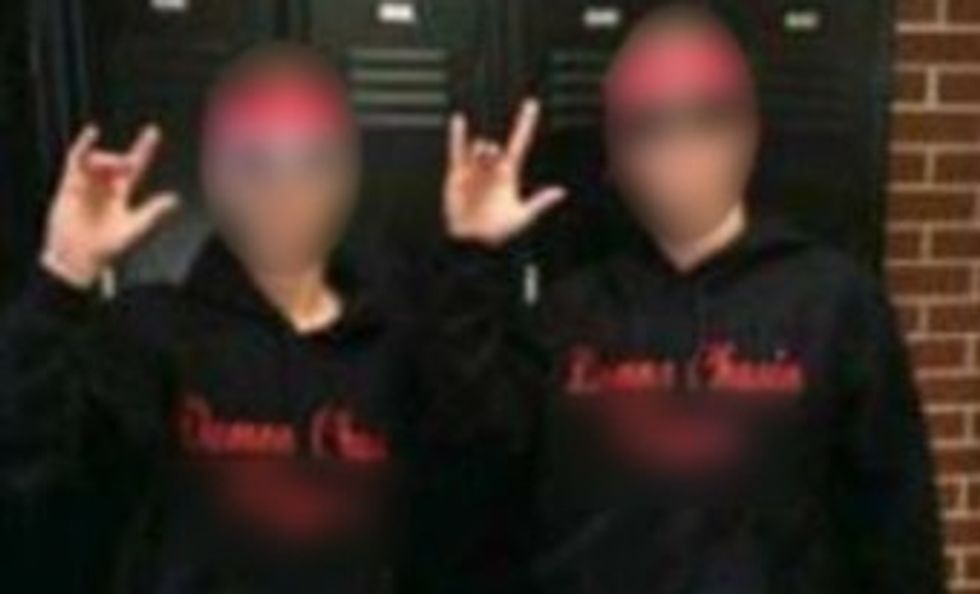 At least two students at the Ardmore High School in Limestone County, Alabama got into trouble this week after someone posted a photo on Snapchat of them wearing sweatshirts that read, "Demon Chasing N*ggers."

Local news station WHNT reports that the photo, which was taken on school property, was seen by a teacher, who quickly reported it to the school administration. The shirts were then confiscated from the students, and the school gave them unspecified punishments for posting the photo.

“The students’ actions are a violation of the core values of our schools system and do not represent the student body,” said Limestone County Schools spokeswoman Karen Tucker. “We hold our students to the highest standards and we will not tolerate this type of behavior."

The photo seems to have been posted on Snapchat by a student who was upset about the shirts, as the caption that came with the photo read, "They let them wear this to school?"