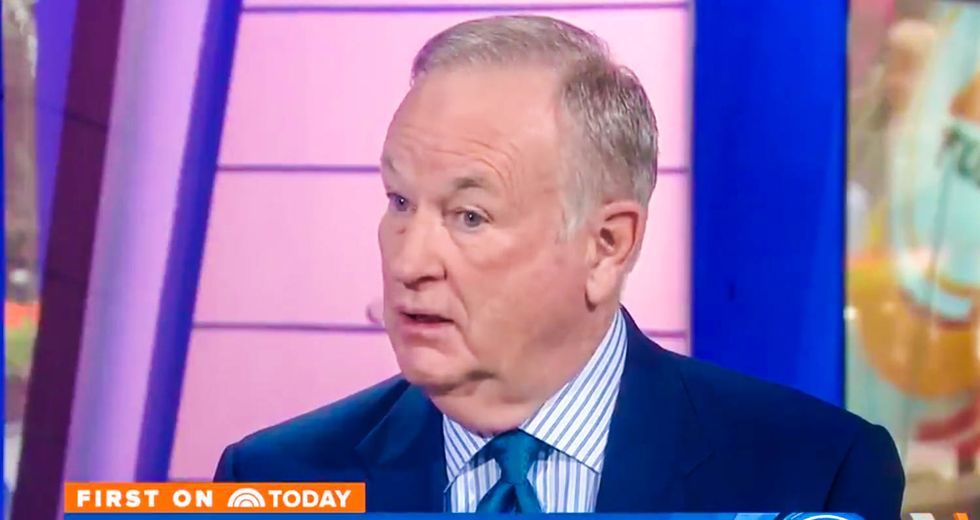 NBC's Matt Lauer got into a tense interview with Bill O'Reilly on Tuesday in which he cornered the disgraced former Fox News host over the multiple claims of sexual harassment leveled against him.

Throughout the interview, O'Reilly maintained that he was totally innocent of any wrongdoing, despite the fact that Fox News paid out $13 million to five different women to settle sexual harassment charges made against its former star host.

"I can go to sleep at night very well knowing that I never mistreated anyone on my watch in 42 years," O'Reilly insisted at one point.

NBC's Matt Lauer, however, asked O'Reilly an obvious question: If you're so obviously innocent of sexual harassment, why not sue your accusers for defamation?

"You cannot win those lawsuits if you're a public figure, you cannot win them," O'Reilly insisted. "I could do that, but the collateral damage of these lawsuits, the press frenzy, every allegation is a conviction... they don't look for the truth!"

Lauer also asked O'Reilly if he believed there was a "vast left-wing conspiracy" against him, to which O'Reilly snapped back, "Don't be sarcastic."

Watch videos of the interview below.