'You are stupid as a rock': Ted Lieu‏ burns down Steve Mnuchin for denying NFL players' right to protest 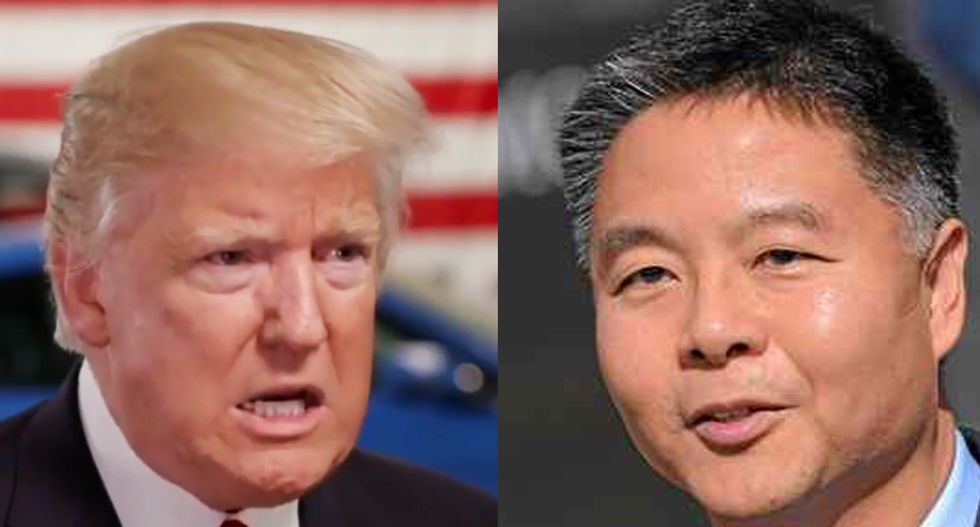 Rep. Ted Lieu‏ (D-CA) took a shot at Steve Mnuchin on Sunday after the treasury secretary defended President Donald Trump's free speech rights but said that NFL players should be punished for not standing for the national anthem.

While speaking to ABC News on Sunday, Mnuchin argued that Trump had a right to call any player a "son of a bitch" if he took a knee during the anthem.

"They have the right to have the First Amendment off the field," he said.

Mnunchin's remarks did not go over well with Lieu‏, who suggested that the Trump official was "stupid as a rock."