‘You Iraqis are the worst’: ICE accused of torturing detainees at private prisons 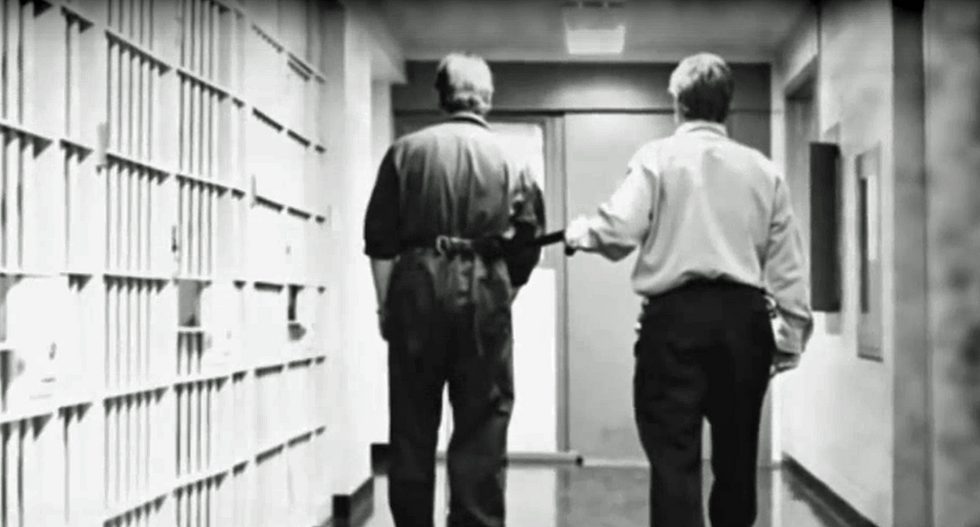 The American Civil Liberties Union is suing one of the most powerful private-prison corporations in America for torturing immigration detainees.

"According to the ACLU, ICE agents at GEO's 1,500-bed Colorado detention center are retaliating against Iraqi nationals who have joined an ACLU class-action lawsuit to stop the U.S. from deporting them," the Miami New Times reports. "The ACLU says employees at the GEO facility are denying Iraqis food, water, and access to the restroom to intentionally make their lives a living hell."

In July, a federal district judge blocked the federal government from deporting anyone to Iraq.

In response, private guards at the GEO Group appear to be trying to get the immigration detainees to give up their rights.

"Since the court’s ruling, ICE appears to have ramped up its efforts to make the lives of Iraqis in custody so unbearable that they will 'voluntarily' sign away their rights to reopen their immigration cases or pursue asylum," the ACLU explained. "The Iraqis have been singled out and denied food, water, and access to the restroom."

"In Arizona and Colorado, and on the plane traveling between the two locations, ICE guards referred to the Iraqis as 'camel jockey,' 'rag head,' and 'terrorist.' Guards at GEO referred to one of our clients as ‘Al Qaeda’ and told him, 'You Iraqis are the worst people in here. We can’t stand you Iraqis," the ACLU claimed. "When he tried to say that he has rights, he was told that he doesn’t have any rights because he was 'an alien.'”

"ICE guards in Arizona and Colorado have openly pressured Iraqi nationals to sign away their right to fight their immigration cases," the ACLU wrote. "Some Iraqis apparently succumbed to the pressure."

ICE has also asked the National Archives and Record Administration (NARA) for permission to destroy records of inmate abuse.

"ICE has asked for permission to begin routinely destroying 11 kinds of records, including those related to sexual assaults, solitary confinement and even deaths of people in its custody," the ACLU wrote in August. "For years, advocates and communities across the country have denounced human rights abuses in the detention system. Many of the records that ICE proposes for destruction offer proof of the mistreatment endured by people in detention. Given the Trump administration’s plans to increase the size and scope of the system substantially, it is all the more disturbing that the agency wants to reduce transparency and accountability."

The GEO Group donated $250,000 to support Trump's inaugural activities a company subsidiary invested $225,000 in a SuperPAC that helped elected Trump.

In addition to investing heavily in Trump, the GEO Group is also on a "lobbying binge" that included hiring Jeff Sessions' aides David Stewart and Ryan Robichaux.

The ACLU said the Iraqi detainees' abuse is a tragedy.

"It is tragic that these individuals, who fear persecution in Iraq because of their religion and connection to America, are now being persecuted by agents of the United States government," the ACLU concluded.