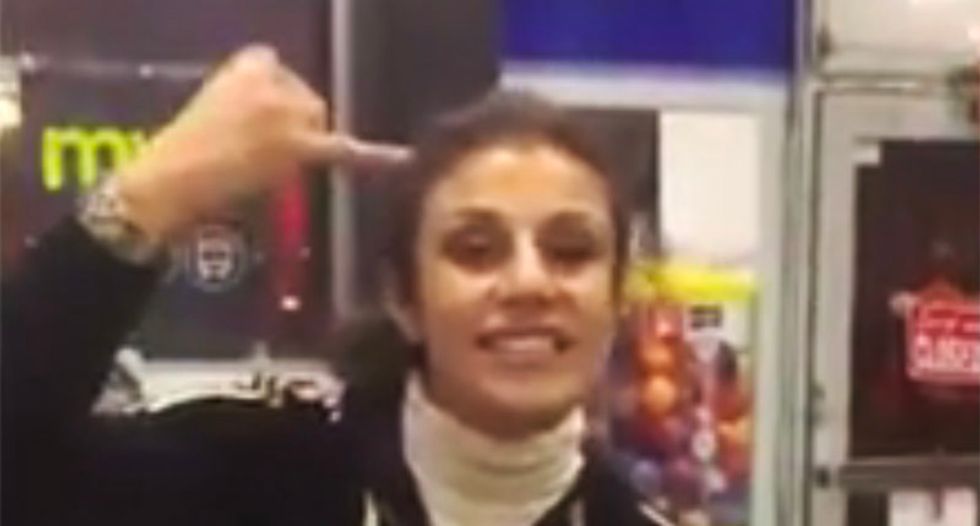 A woman was caught on video going on a obscenity-fueled racist tirade at an Asian shopkeeper after accusing him of giving her fake money during a transaction.

According to the Daily Mail, the incident occurred in an Australian convenience store with the woman continually referring to the store employee as a dog, while also accusing him of eating them and having sex with them.

"You're a piece of sh*t, you're a nobody," the unidentified woman ranted. "You're a dog, you're a big dog, your own people are going to f*ck you, that's how much of a dog you are."

Noting that he was filming her with his cellphone, she bizarrely added, "You know what you're doing right now? You're looking into my private life, listening in my own home and you're filming me."

"Are you going to call yourself Mohammad, you raping dog? You perverted sh*t," she continued as she exited the shop, adding, "Get your cameras out of my house, you hear me!"

Watch the video below via the Daily Mail: