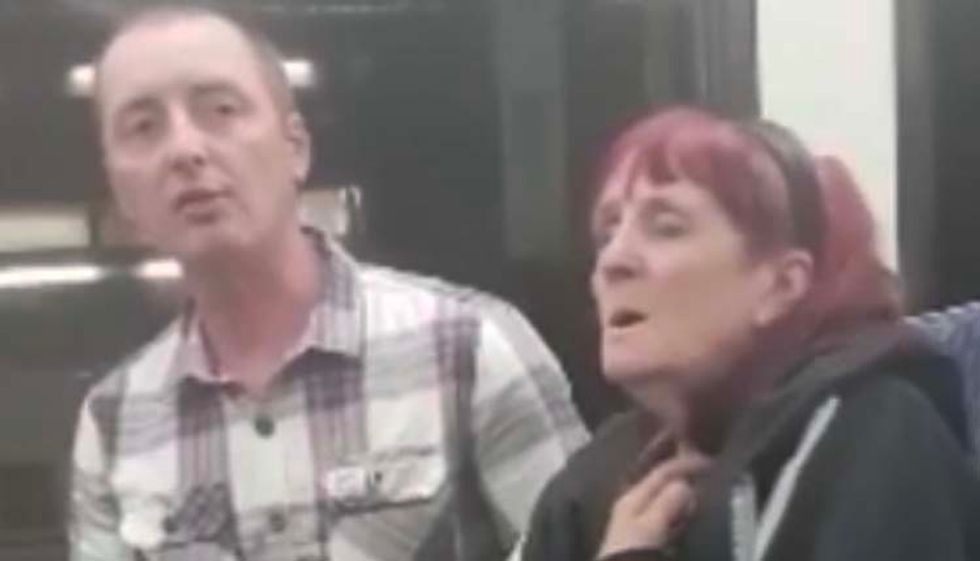 In video captured by a fellow passenger on a train, a man is caught slurring Muslims while insisting he's "not racist," he's just "quoting the Quran."

According to the Independent, the man was on the train in Sheffield. England when he began berating the passenger who was filming him, while attacking Muslims by claiming they believe in "a God that rapes people."

Throughout his vulgar tirade, his seatmate who had been complaining about immigrants awkwardly attempted to silence his argument with the woman filming him, repeating "excuse me" over and over.

The woman who filmed the encounter stated that she was first confronted by the man when she began filming the couple.

“The man in the video then started shouting what are you looking at? So I said I was looking at you being racist. The whole incident was quite scary. He was one of those people that were all mouth and I just wanted to film it to show people what he was doing," she explained.

“It just makes me angry that people can be so ignorant. But there were a few other people on the tram who did not say anything. I can understand that it's hard when people like that are shouting it can be very intimidating but I think we have to say something,” she added.

The man also identified himself as a follower of British ultranationalist political party, Britain First, stating, "I'm on this. I'm with Britain First on this."

After leaving his seat he confronts other passengers, who told him to back off, before he was chased off by a conductor who hustled after him.

You can watch the video below via The Independent.