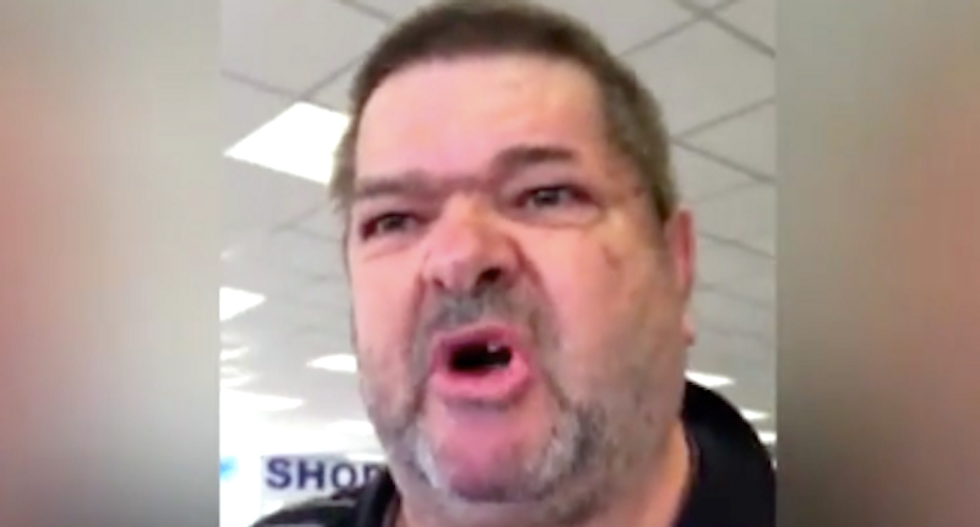 An Oklahoma woman was accosted at a thrift store by another shopper who overheard her speaking Spanish on her cell phone.

The Durant woman, Maty Roberts, was speaking to her sister on the phone while shopping at Goodwill when an unshaven white man approached her and began hurling racial slurs, reported KXII-TV.

"He just kept spitting out words, like, 'You're an immigrant and you need to go back to your country,'" said the woman's daughter, Alison Roberts.

The boyfriend, Dakota Hodge, confronted the man as Roberts recorded the encounter.

"Sir, are you the one who hates wetbacks?" Hodge said.

The man replied by repeating a racial slur over and over.

Roberts said her daughter left the store after the man approached her, and then the man confronted her at the checkout line.

Maty Roberts asked for the man's name, which he said was "Goofy," and police arrived after the man left the store, and he told them the same thing from the passenger seat of a car.

The man refused to show identification, and he eventually told officers his name was Jack but would not give his last name.

He then told police he needed to go home because his blood pressure was high, but he continued taunting Roberts.