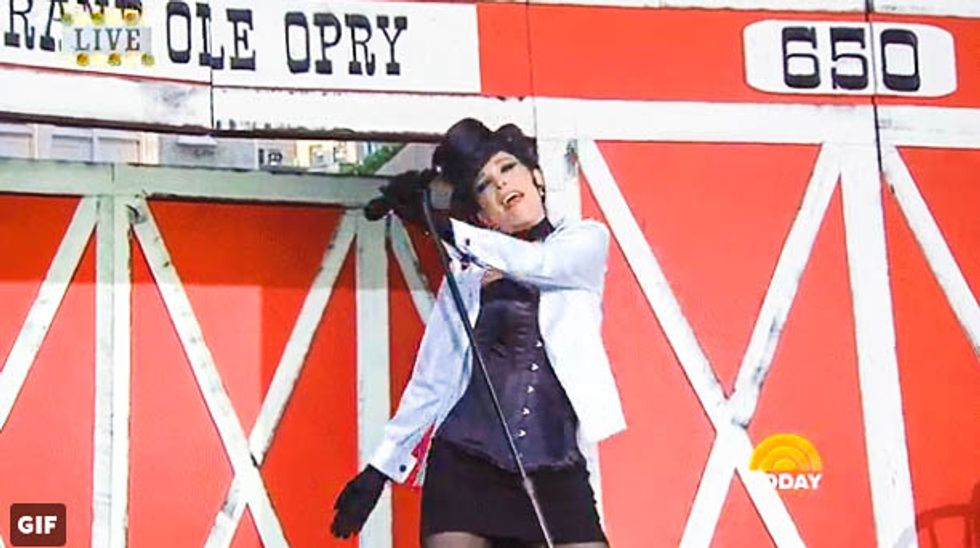 Megyn Kelly, the former star Fox News anchor who has been a ratings bust since her move to NBC, was roundly mocked on Twitter Tuesday for being reduced to impersonating singer Shania Twain on the Today show.

As part of a Halloween special, in which Kelly interviewed the actual Shania Twain, the NBC host dressed up as the singer and performed a rendition of her classic hit, "Man I Feel Like a Woman."

Given that Kelly was once seen as a future prime time network news anchor who is now doing dance parties and celebrity impersonations, many Twitter users were quick to roast her for the direction her career has taken.