Before Las Vegas shooting, Stephen Paddock was settling into retirement 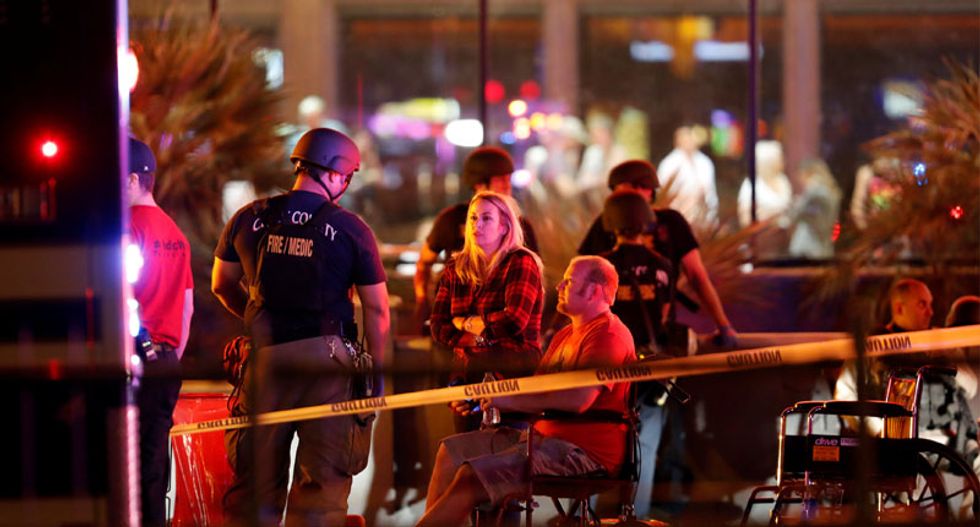 People wait in a medical staging area on October 2, 2017, after a mass shooting during a music festival in Las Vegas, Nevada, U.S. REUTERS/Las Vegas Sun/Steve Marcus

At first glance, it seemed Stephen Paddock, 64, was set for a quiet life in a desert retirement community where he bought a new home in 2015. From there it was only an hour's drive to Las Vegas - where he would embark on the worst mass shooting in recent U.S. history.

Public records point to an itinerant existence across the American West: a few years in coastal California, a few years in other parts of Nevada. Paddock had a hunting license in Texas, where he lived for at least a few years. He got his pilot license, and had at least one single-engine aircraft registered in his name.

In early 2015, he bought a modest two-story home in a new housing development for retirees on the dusty edge of Mesquite, a small desert town popular with golfers and gamblers that straddles the Nevada border with Arizona.

"It's a nice, clean home and nothing out of the ordinary," Quinn Averett, a Mesquite police department spokesman, told reporters on Monday. Some guns and ammunition were found inside, though nothing remarkable in a region where gun ownership is high.

An hour's drive southwest is Las Vegas, where Paddock would check into a 32nd-floor room last Thursday at the Mandalay Bay Resort and Casino with at least 10 rifles for a shooting spree that would kill at least 50 people and hurt more than 400.

Eric Paddock, the shooter's brother, said the family was "bewildered" as to what drove him to mass murder, saying the family would release a brief statement through the sheriff's office in Orlando, Florida, where some of the shooter's relatives live.

Stephen Paddock had no criminal record other than a traffic infraction, authorities said.

Before moving to Mesquite, Nevada, he lived in another town called Mesquite in Texas. He was listed as the manager of an apartment complex called Central Park. A woman who answered the telephone for the complex referred questions to another manager, who did not respond to messages.

Records as recently as 2015 list Paddock as single. Police and public records said he lived with Marilou Danley in the Nevada retirement community. Danley described herself as a "casinos professional," as well as a mother and grandmother on social media websites.

She was traveling outside the country, and police say she had no connection with the attack, CNN reported.